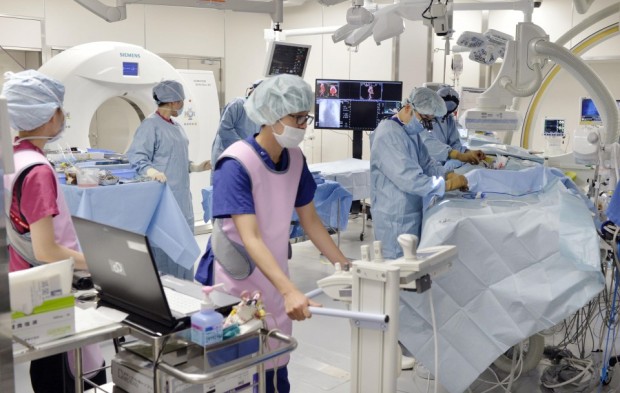 Ryusei Takahashi reports: With the number of COVID-19 cases in Tokyo having nearly quadrupled in 10 days, it seems no longer a question of whether Japan will declare a national emergency, but when and how.

Officials and experts fear the capital city may not be prepared to handle an explosive rise in the number of cases that would overwhelm hospitals and collapse the healthcare system, also described as an “overshoot.”

Though officials maintain that an overshoot has not yet occurred in Tokyo, or anywhere else in the country, they say the danger remains imminent.

“In many ways, hospitals in Tokyo are not prepared for that situation,” said Koji Wada, a professor in public health at the International University of Health and Welfare and a member of the government’s expert panel on COVID-19.

As it stands, Tokyo has designated mostly publicly-funded hospitals to take in coronavirus patients. But those facilities are starting to show signs of exhaustion, Wada said, and won’t be able to handle a significant increase in patients.

[Read the full story here, at The Japan Times]

As of Monday, the Tokyo Metropolitan Government said it had 500 hospital beds in total for COVID-19 patients, and that 394 were occupied. Aware of the risks that poses, the city aims to obtain 700 additional beds for patients experiencing severe symptoms and 3,300 for less severe cases.

The health ministry has estimated that Tokyo could see up to 530 cases in total before April 8 if stricter measures are not taken. And when the pandemic peaks, the city may have to deal with up to 700 new patients in need of intensive care daily as well as more than 20,000 requiring treatment for pneumonia.

To avoid a collapse of the capital’s health care system — a grim scenario in which otherwise treatable patients would lose their lives — Wada said financial incentives would be needed to encourage private hospitals and nondesignated medical facilities to take in COVID-19 patients.

Another concern is that the daily reports of newly confirmed cases do not reflect how fast the virus is currently spreading, but rather, how much it has already spread.

As of Wednesday evening, the Tokyo Metropolitan Government had reported 521 cases of the novel coronavirus and 16 deaths. As many as 78 cases had been reported the previous night, following a turbulent period in which seven record-breaking days brought the tally in the capital to the highest among all 47 of the nation’s prefectures. Tokyo was slated to announced up to 66 additional cases Wednesday night, bringing the tally in the capital close to 600.

For most patients, two to three weeks have elapsed since they were infected by … (read more)
Source: The Japan Times