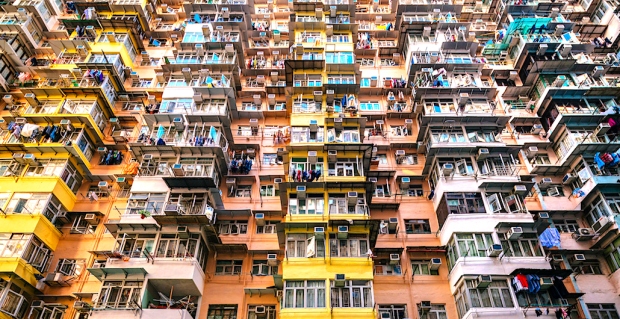 Mary Hui reports: Hong Kong’s leader has given another reason for people to be angry.

As the coronavirus outbreak continues to spread across China and worldwide, with the number of confirmed cases growing at a rapid rate, Hong Kong is bracing for a potential community outbreak. Already, a leading microbiologist has warned that the city could “become another Wuhan.”

Yet many in Hong Kong feel that the government has not done enough to prevent an outbreak in the city. Worse, they feel that officials have been deferring to Beijing, reluctant to take aggressive public health measures for fear of treading on politically sensitive ground. For example, when travel restrictions were announced, officials took care to note that it was China that was suspending visas for travel to Hong Kong, rather than the city rejecting mainland travelers.

Now, a singular demand is uniting Hong Kong’s polarized factions after months of divisive protests: the complete closure of the city’s border with mainland China to stem the tide of visitors from the epidemic’s epicenter. As a special autonomous region of China, Hong Kong is administratively separate from Beijing and operates a formal border with the mainland.

According to polling, 80% of Hong Kongers support this demand. Thousands of healthcare professionals are staging a strike to demand the border closure, saying the local medical system would collapse if a community outbreak were to occur in Hong Kong. Lunchtime protests, which in earlier months focused on calling for greater democracy and decrying police brutality, today turned their attention to the border closure.

The past two weekends have also seen protests in residential neighborhoods where the government had designated nearby facilities as quarantine sites. Even prominent pro-government figures have urged authorities to immediately shut the border, and the city’s largest pro-Beijing party has called for a temporary ban on all into Hong Kong from mainland China.

The concerted pressure seemed to work, at least to a degree. At a press conference today hours after the strike kicked off … (read more)