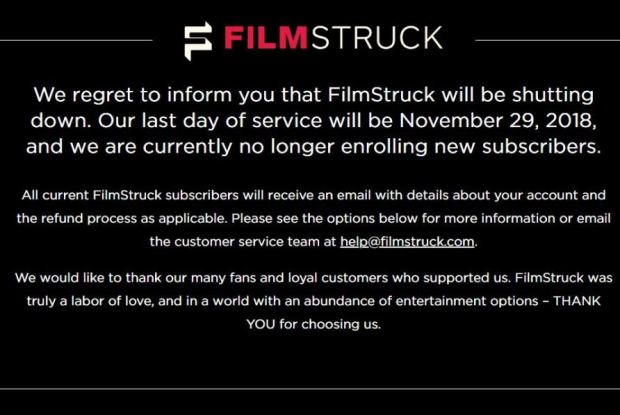 Patrick Hipes and Dade Hayes report: WarnerMedia said Friday it is shuttering FilmStruck, its subscription streaming service that offers indie movies and prestige titles that are part of the Criterion Collection.

The AT&T entertainment content arm, which has made similar movies with its Korean movie VOD service DramaFever and SuperDeluxe, informed users who logged onto FilmStruck’s website that it was accepting no more subs as of today. It will go dark for good on November 29.

The shuffling of the streaming deck comes as WarnerMedia moves forward with ambitious plans for a new, direct-to-consumer streaming service launching by the end of 2019. That new platform will feature a range of programming from the media company’s broad collection of films, TV shows, animation and library. The as-yet-unnamed offering, announced two weeks ago, will have HBO as its foundation and will augment other streaming services like HBO Now. Other niche streaming services under WarnerMedia’s Warner Bros./Turner/CNN umbrella are getting hard looks. 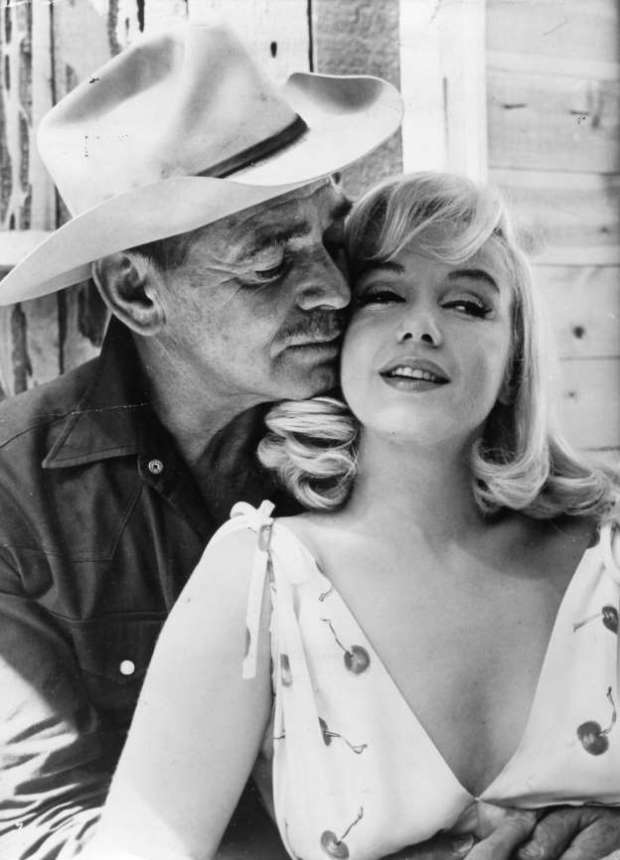 Compared with other major media companies like Comcast or Disney, AT&T has a healthy number of streaming services, spanning sports, genre fare and skinny bundles. This fall, as it was opting to pull back on some fronts, the company launched DC Universe, a subscription offering for comic-book fans, which will have a pipeline of original video programming and comics. As Netflix and other streaming giants have lured viewers and talent away from the traditional Hollywood powers, media giants went through several stages in their response. Initially, they scoffed at the digital upstarts; then they decided to profit by selling them their content. Now, they are beginning to withdraw their content from other platforms and place big bets on their own ability to find a home-grown solution to the Netflix disruption.

Against that backdrop, the calculation was made that the formula for FilmStruck wasn’t additive on its own. The service, which launched in 2016 … (read more)