Clarissa Wei writes: The highest Pizza Hut in the world is perched on the 24th floor of a skyscraper in Xiamen, a city (population: 3.5 million) in the Chinese province of Fujian. There’s often a wait for seats; calling in for reservations is highly recommended.

Unlike in the States, there’s much more to the experience than just pizza. Pizza Hut in China has a full wine list and a three-course menu complete with dessert. The menu is expansive, with pizza and pasta, salads, steaks — there’s even a brunch menu with bacon and scrambled eggs. Pizza toppings include Beijing duck and seafood. Risotto comes studded with mushrooms; clam chowder is served under a pastry puff cap. There’s a spectacular view of the glistening harbor and the adjacent island. In Fujian, the chain that’s struggling to survive in the U.S. is a popular date-night spot that attracts couples dressed to the nines.

Pizza Hut isn’t the only American company to completely rebrand in China. Further up the country’s eastern seaboard in Shanghai is the world’s largest Starbucks. The 29,000-square-foot monolith opened in December 2017 and still draws a line out the door; it’s a massive operation that has the capacity to serve 6,000 to 7,000 customers each day. Beans — some of which are grown in the southwest province of Yunnan — are stored in a 40-ton copper cask. One of the coffee bars spans 88 feet and is touted as the longest in the world. Craft beer and nitrogen-brewed tea are readily available, and the food and baked goods are provided by Rocco Princi, a famed Milanese baker.

The coffee chain is wildly successful in China, where it sells itself as an authentic taste of the West (unlike at KFC, the menu at Chinese Starbucks locations is largely the same as it is in the U.S.). But “one of the things that the Chinese like about Starbucks is that there’s always a seating area. In most urban environments in China, you can hardly find a seat,” says Arthur Dong, professor of strategy and economics at Georgetown’s McDonough School of Business. “Starbucks is a place where you can sit down and have a coffee and chat with your friends.” 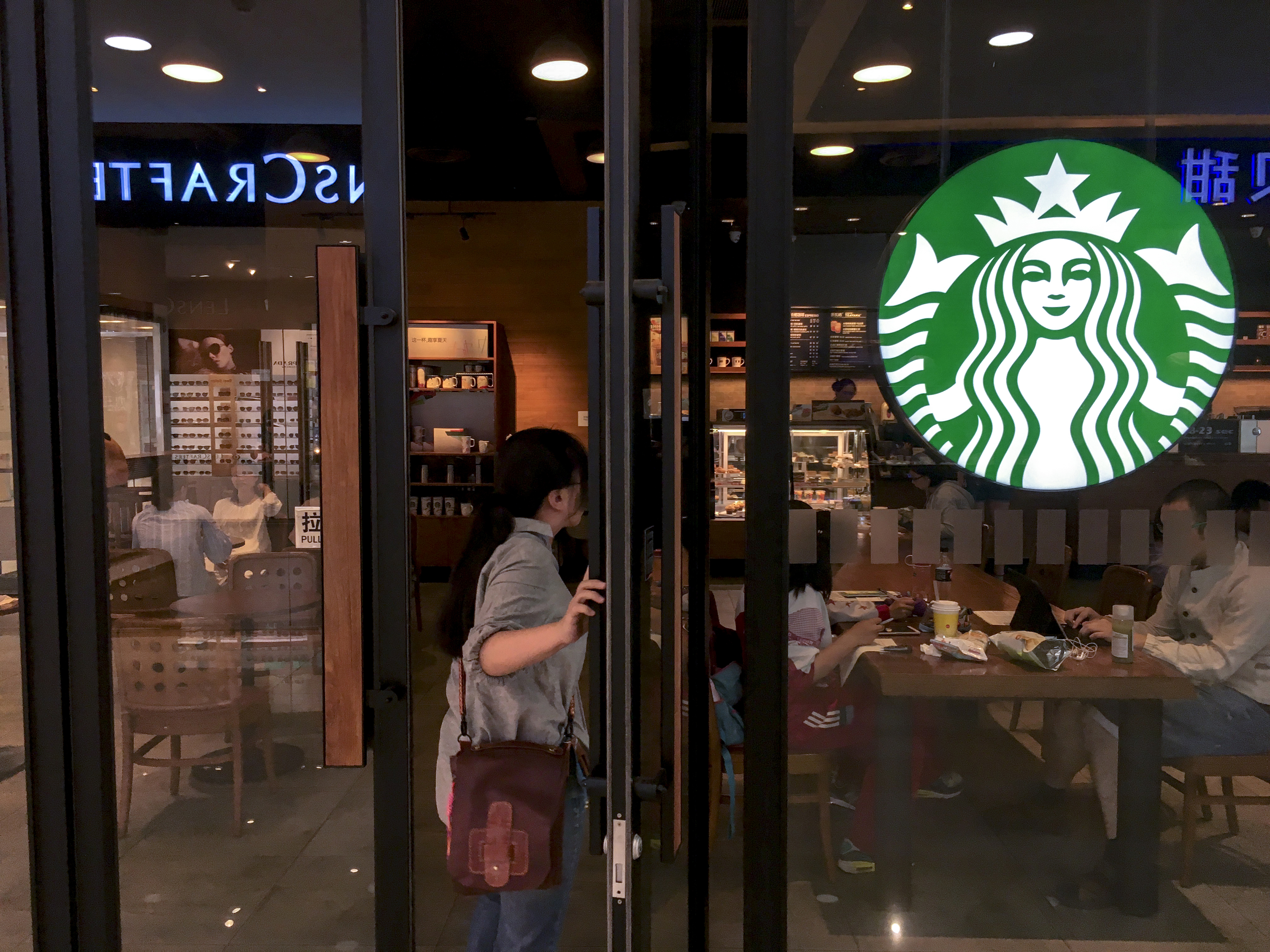 Starbucks stores in China are up to 40 percent bigger than even their largest U.S. counterparts, according to Quartz, a smart tweak that allowed the brand to stand apart from other American concepts trying to attract Chinese customers. “If you have brands in a virgin market like China,” says Dong, “You can rebrand, go upscale, and do something completely different from your traditional model.” And that’s precisely what American brands have been doing in China over the last three decades.

The rise of American chains in China is as remarkable as it is almost incomprehensible in its scope. According to a report from IBIS, the fast-food industry in China generated roughly $150.9 billion in 2017, up 9.6 percent from 2016. Over the past five years, industry revenue has grown at rate of 11.2 percent annually, compared to 3.1 percent in the U.S. over the same period.

Today, a Starbucks store opens in China every 15 hours, and on a recent earnings call, the brand said China will surpass the U.S. as its largest market within a decade. McDonald’s plans to open 2,000 additional restaurants in China, which will make China the company’s second largest market after the U.S. And China is the biggest earnings driver for Yum Brands, which owns Pizza Hut and KFC; it announced plans to add more than 15,000 restaurants in the next 15 years.

But how did American companies get to this point in a country where, just 30 years ago, foreign businesses were mostly prohibited? The answer is a mix of timing, adaptation, and marketing ingenuity … (read more)