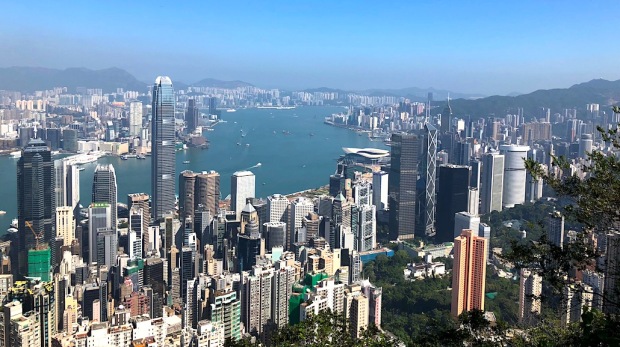 China on Tuesday warned that any attempts to to break up the country would be “doomed to failure,” in an apparent warning to independence activists in Hong Kong, as rights groups hit out at moves to make the city more patriotic.

In a rousing patriotic speech at the close of the annual session of the country’s parliament, the National People’s Congress (NPC), President Xi Jinping told assembled delegates that “there can be no progress or development for a country rent by disunity.”

In a reference to the wars of the 20th century, Xi called on people to recall the “grim times of foreign aggression,” when the Chinese people fought “bloody battles to defeated vicious aggressors and defend national independence and freedom.”

“Safeguarding national sovereignty and territorial integrity and realizing the complete reunification of the motherland is in the fundamental interest of the Chinese nation,” Xi said.

“Any trick or maneuver aimed at splitting the motherland is doomed to failure, and will be subject to … the punishment of history,” he said.

In Hong Kong, Xi pledged to uphold the city’s autonomy and separate identity as a capitalist jurisdiction.

But he also said Hong Kong and Macau, which returned to Chinese rule in 1997 and 1999 under a treaty promising the maintenance of their existing systems for 50 years, should become more integrated with mainland China.

Rights groups are increasingly concerned over a string of high-profile interventions by the NPC in the city’s political life, including the removal of six pro-democracy lawmakers whose oaths of allegiance were judged invalid by Beijing.

A policy paper submitted to the Legislative Council (LegCo) last week said the law would require anyone present in a public place when the “March of the Volunteers” is being played to “stand up and show respect.”

Use of the rousing revolutionary tune will be banned in advertising, at private funerals, or as background music in public venues.

The paper suggests that anyone found “insulting” the national anthem face a maximum penalty of HK$50,000 or three years’ imprisonment … (read more)