Japanese athletes walk in the stadium during the closing ceremony of the 2018 Winter Olympics in Pyeongchang on Sunday. The Yomiuri Shimbun

The Pyeongchang Olympics came to an end on Sunday, with Japan winning 13 medals, surpassing its previous record of 10 at the 1998 Nagano Games. 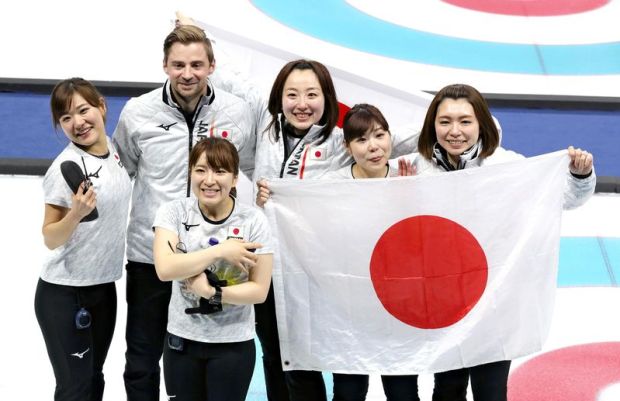 Japan’s women’s curling team members and their coach J.D. Lind, second from left, smile with the Japanese national flag after winning the bronze medal on Saturday night. The Yomiuri Shimbun

Speed skater Nana Takagi won gold in the women’s mass start on Saturday. It was Takagi’s second gold medal at Pyeongchang, following a victory in the team pursuit on Wednesday. She became the first female Japanese athlete to win multiple gold medals at a single Olympics. 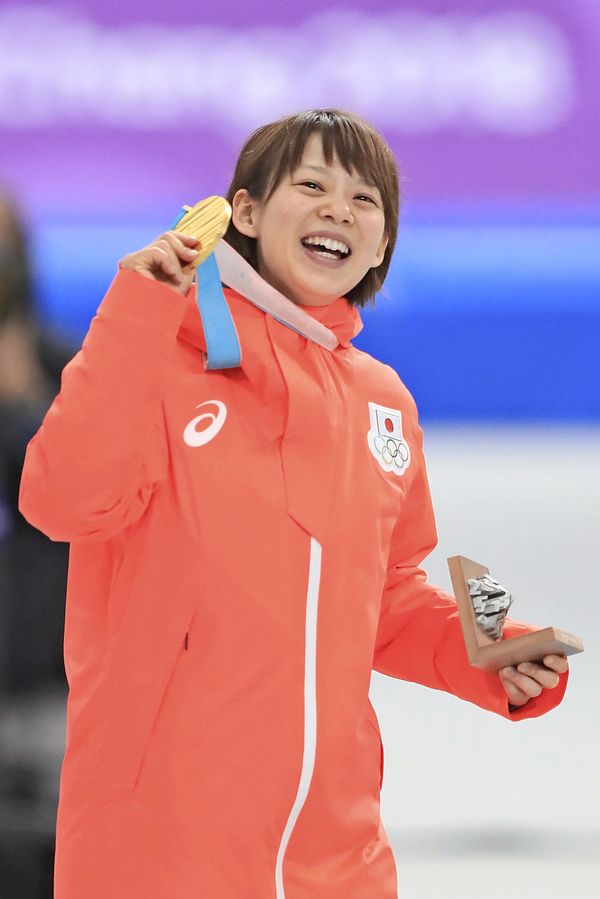 Nana Takagi smiles with a gold medal in hand after winning the women’s mass start in Gangneung, South Korea, on Saturday.