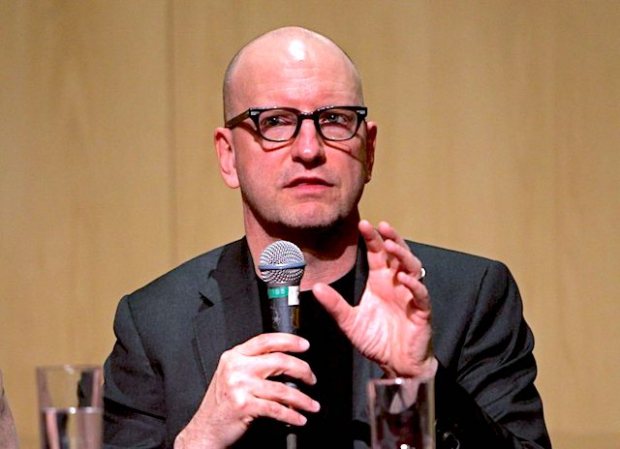 Back at Sundance as an executive producer of Eugene Jarecki’s The King, Soderbergh said he’s ready for a whole new chapter of his filmmaking career.

Eric Kohn writes: A year ago, Steven Soderbergh was putting the finishing touches on “Logan Lucky,” but had yet to reemerge publicly from his four-year filmmaking retirement. Now, with two seasons of “The Knick” behind him, he’s returned from the television arena with a whole new ethos about making movies. A few weeks before premiering his new thriller “Unsane” at the Berlin International Film Festival, he surfaced at Sundance, the festival that put him on the map 28 years ago with “sex, lies and videotape,” keeping a lower profile.

As an executive producer on documentarian Eugene Jarecki’s “The King,” a complex look at the legacy of Elvis Presley and its reverberations in American culture, Soderbergh helped suss out a plan to release the movie with a slow theatrical rollout orchestrated by Oscilloscope Laboratories. Working with the boutique New York-based company wasn’t the only indication that the veteran director has turned away from Hollywood. 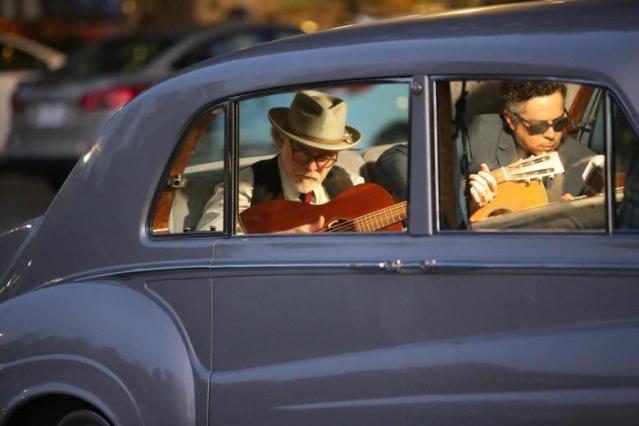 Following last year’s “Logan Lucky,” his latest self-financed feature is the latest example of his desire to move beyond the studio arena for good. “I can’t imagine a scenario in which I’d get back and do that,” he said in an interview on Main Street, sitting with Jarecki a few hours before “The King” screened at the festival and reflecting on his disdain for the studio model. “I don’t know what the upside would be. I don’t think they’re necessarily looking for what I bring and I don’t know that I’m looking for what they bring. There are things they do very well and they do them.”

Soderbergh was never exclusive to bigger productions, but his studio history encompasses everything from “Ocean’s Eleven” and its two sequels to “Magic Mike.” In the wake of that effort, he was vocal about the pratfalls involved in sprawling marketing budgets that often outweigh production costs, as well as the declining interest in originality that has marred Hollywood filmmaking in recent years. With “Logan Lucky,” he raised the movie’s $29 million budget primarily by pre-selling foreign distribution rights, as well as ancillary rights, and partnered with Bleecker Street on a service deal for the theatrical release.

It was the first attempt at this model through his Fingerprint Releasing, and not exactly a rousing success — “Logan Lucky” made $8 million on opening weekend, when it played over 3,000 screens, and its domestic gross didn’t reach $28 million. He plans to tweak his approach with “Unsane,” which stars “The Crown” breakout Claire Foy alongside Juno Temple and was produced in secret last year.

“I think the way we’re going to approach on spend on ‘Unsane’ is going to be very different than the way we approached our spend on ‘Logan Lucky,’” Soderbergh said. “But I also want to be careful to not to overreact to things that I felt didn’t work and end up not being sensitive to the fact that they’re very different films targeting very different audiences.”