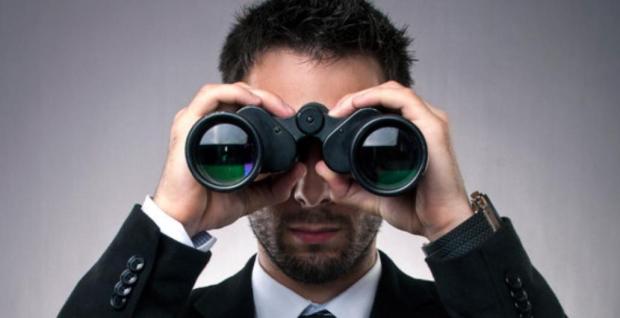 Michael Brendan Dougherty writes: Kevin Kelly of Wired magazine wants us to welcome the future, where the ubiquity and power of surveillance technology make our lives completely transparent to society, government, and even ourselves. It will be fine, he says, if we just use the same technology to watch the watchers:

Everything that can be measured is already tracked, and all that was previously unmeasureable is becoming quantified, digitized, and trackable.

We’re expanding the data sphere to sci-fi levels and there’s no stopping it. Too many of the benefits we covet derive from it. So our central choice now is whether this surveillance is a secret, one-way panopticon — or a mutual, transparent kind of “coveillance” that involves watching the watchers. The first option is hell, the second redeemable. [Wired]

Where to begin? First, not everything that can be measured is tracked. Lots of crunchable data about our lives is not totaled in a margin anywhere — we are not actually plugged in to the Matrix yet. We still make cash transactions, for instance, and I highly doubt anyone could establish to a judge’s satisfaction whether I took a walk around my town today. Assuring us that everything measurable is “already tracked” is a rhetorical trick meant to quell any objections to doing so in the future.

But far worse is Kelly’s simple fatalism. There’s no stopping this, says Kelly, because mass surveillance “is the bias of digital technology.” Wrong again. Digital technology doesn’t have biases; it does what we program it to do. The desire for surveillance is as old as espionage itself. A real bias towards mass surveillance of society exists, but it comes from a socio-political context geared toward what James Burnham called “managerialism,” the mid-20th century ideology that promised the rule of experts. Big data just gives managerialism a steroidal strength and rage. It also gives the digirati and their apologists a leg up on sociology majors in the scramble for managerial authority.

Let’s try Kelly’s rhetoric by applying it to another technology: Firearms technology means we will all be armed with semi-autos with the safety off, because we covet protection and “that’s what the bullets want?” Does anybody buy that?

But it actually gets even more ludicrous. He continues … (read more)