U.S. Air Force Maj. Elijah Supper, Defense Contract Management Agency government flight representative, taxis an F-35B on the runway at Misawa Air Base, Japan, Nov. 2, 2017. To ensure the jet safely makes it to the United States, Supper stopped at Misawa Air Base, Japan, to undergo safety checks on the aircraft before flying across the ocean. (U.S. Air Force Senior Airman Brittany A. Chase) 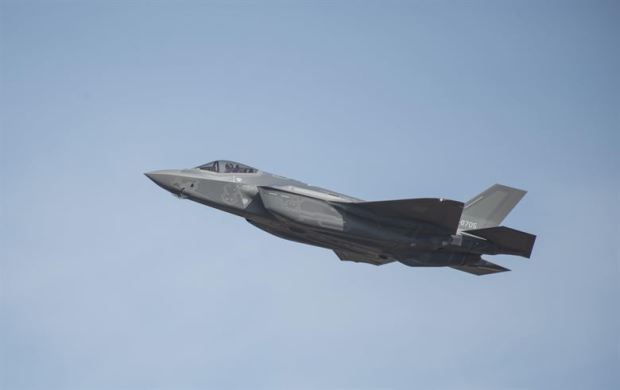 Maj. Elijah Supper piloted the brand-new aircraft from the Mitsubishi Heavy Industries Komaki South F-35 Final Assembly and Check Out facility, and was quickly joined by two F-16 Fighting Falcons from the 115th Fighter Wing, Wisconsin National Guard, there to escort the new jet across the Pacific.

“This F-35 is one of the most clean and well-built aircraft I have ever seen,” Supper said. “The Japanese take great pride in this aircraft and have ensured it’s made to the highest standard.” … (read more)