Goods on sale at the official Godzilla shop in Tokyo. The Yomiuri Shimbun

Katsuo Kokaji reports: Since the first film in 1954, a series of works have been released under the Godzilla franchise — albeit with occasional blank years.

The series came to halt for a time after “Godzilla Final Wars” in 2004, but a 2014 Hollywood release marked a turning point. 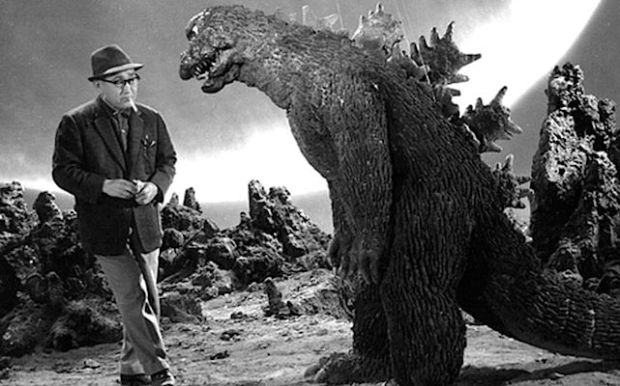 “That movie was a big hit, with box office revenue of over ¥50 billion worldwide, making us realize once again that Godzilla is a world-class character,” Ota said.

The success prompted Toho to launch its Godzilla council in October that year. Since then, it has put various ideas into action. For example, the council put a huge Godzilla head on the Shinjuku Toho building in Tokyo, and supervised movies such as “Shin Godzilla,” which became a megahit last year, and “GODZILLA: Planet of the Monsters,” an anime adaptation currently in theaters. A Godzilla apparel brand has also been launched.

“We will release at least one movie every year until 2020. We won’t have any more blank years,” Ota said. “We hope to promote Godzilla as a ‘representative’ of Japan at the time of the Tokyo Games.”

The latest film, codirected by Kobun Shizuno and Hiroyuki Seshita, is the first animated film in the Godzilla series. Toho, which had previously contemplated making an anime movie about the monster but did not go forward, gave the production the green light this time. “Animation visuals can now achieve quality on par with special effects films, thanks to progress in computer graphics technology,” Ota said.

The film is the first chapter of a trilogy in which human beings have ventured into space following their defeat on Earth by kaiju monsters. However, they eventually return to the planet to face off against Godzilla … (read more)