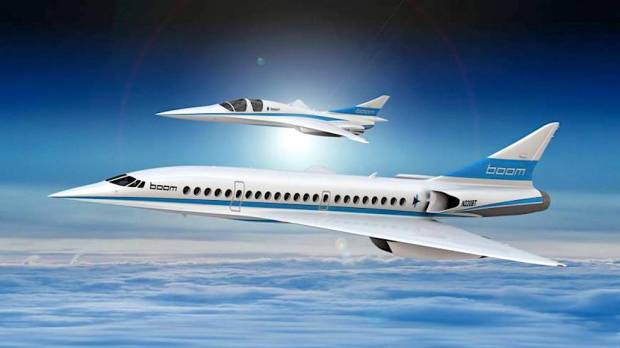 NEW DELHI/SINGAPORE/DALLAS – ANURAG KOTOKY, KYUNGHEE PARK AND JUSTIN BACHMAN report: Supersonic jetliner travel, which ended more than a decade ago with the Concorde, is set for a boost after Japan Airlines Co. agreed to invest $10 million (about ¥1.1 billion) in Colorado startup Boom Technology Inc.

Japan Air also secured an option to purchase as many as 20 of the aircraft Boom is developing, the two companies said in a statement Tuesday. The Asian carrier is the second company to announce an intention to purchase Boom’s supersonic jet, after billionaire Richard Branson’s Virgin Atlantic.

Boom is planning to build a 45-to-55 seat aircraft that cruises at Mach 2.2 (1,451 miles per hour) — capable of whisking passengers between New York and London in about three hours. The Concorde, flown by British Airways and Air France, retired in 2003 after almost three decades in service as customers abandoned the jets amid hefty operating costs.

“It’s a signal to the rest of the ecosystem that the customer interest in this airplane is real,” Boom Chief Executive Officer Blake Scholl said Tuesday in an interview. While the company is well capitalized, “the investment was not about the dollars; it was about the symbolism and the meaning of the dollars” to the aviation industry … (read more)