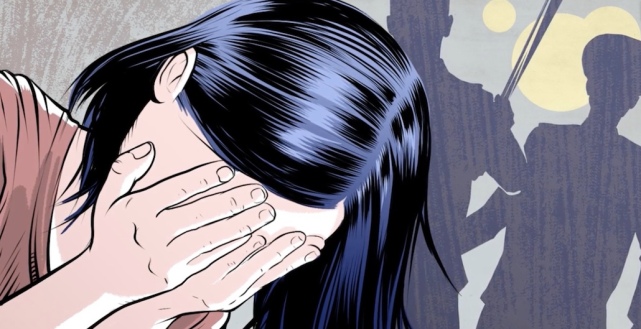 Illustrations by Dominic Bugatto. Yoonjung Seo assisted in the reporting.

Recent North Korean escapees relate how the secretive country has changed under the “Great Successor.”

“In North Korea, life only gets better if the state helps you. But these days, the state doesn’t help. We’re on our own.”

Anna Fifield writes: When Kim Jong Un became the leader of North Korea almost six years ago, many North Koreans thought that their lives were going to improve. He offered the hope of generational change in the world’s longest-running communist dynasty. After all, he was so young. A millennial. Someone with experience of the outside world.

But the “Great Successor,” as he is called by the regime, has turned out to be every bit as brutal as his father and grandfather before him. Even as he has allowed greater economic freedom, he has tried to seal the country off more than ever, tightening security along the border with China and stepping up the punishments for those who dare to try to cross it. And at home, freedom of speech, and of thought, is still a mirage.

In six months of interviews in South Korea and Thailand, The Washington Post talked with more than 25 North Koreans from different walks of life who lived in Kim Jong Un’s North Korea and managed to escape from it. In barbecue restaurants, cramped apartments and hotel rooms, these refugees provided the fullest account to date of daily life inside North Korea and how it has changed, and how it hasn’t, since Kim took over from his father, Kim Jong Il, at the end of 2011. Many are from the northern parts of the country that border China — the part of North Korea where life is toughest, and where knowledge about the outside world just across the river is most widespread — and are from the relatively small segment of the population that is prepared to take the risks involved in trying to escape.

Some parts of their stories cannot be independently verified because of the secretive nature of the regime, and their names have been withheld to protect their family members still in North Korea. They were introduced to The Post by groups that help North Korean escapees, including No Chain for North Korea, Woorion and Liberty in North Korea.

But in talking about their personal experiences, including torture and the culture of surveillance, they recounted the hardships of daily life under Kim Jong Un’s regime. They paint a picture of a once-communist state that has all but broken down, its state-directed economy at a standstill. Today, North Koreans are making their own way, earning money in an entrepreneurial and often illegal fashion. There are only a few problems in North Korea these days that money can’t solve.

As life inside North Korea is changing, so too are people’s reasons for escaping.

Increasingly, North Koreans are not fleeing their totalitarian state because they are hungry, as they did during the 15 or so years following the outbreak of a devastating famine in the mid-1990s. Now, they are leaving because they are disillusioned.

Market activity is exploding, and with that comes a flow of information, whether as chitchat from traders who cross into China or as soap operas loaded on USB sticks. And this leads many North Koreans to dream in a way they hadn’t before.

“Standing at the forefront of the Korean revolution is Kim Jong Un, great successor to the revolutionary cause of Juche [self reliance ideology] and outstanding leader of our party, army and people.”

I could see how young he was, and I hoped that maybe things were going to get better. We were given some rations through our neighborhood association — we even got meat and fish — at the time he took over.

I remember how fat he was. He had a very fat face like a pig. As the regime started preparing for Kim’s succession, it put out a song that everyone in the country was made to learn, called “Footsteps.” The idea was that Kim was following in the footsteps of his father and would lead the country into a glorious future.

We heard the song “Footsteps” and we were told to memorize it so [we] knew that he was going to be the leader after Kim Jong Il. We were told how great he was, that he could ride a horse when he was 5 years old and shoot a gun when he was 3. Of course we didn’t believe these things, but if you laughed or said anything, you’d be killed.

I was in my second year at the university when this person was introduced to us as our new leader. I thought it was a joke. Among my closest friends, we were calling him a piece of s—. Everyone thinks this, but you can only say it to your closest friends or to your parents if you know that they agree.

I created some kind of fantasy in my mind about Kim Jong Un. Because he was so young, I thought he was going to open North Korea’s doors, but after he took power and I lived three years under him, life became harder.

In theory, North Korea is a bastion of socialism, a country where the state provides everything, including housing, health care, education and jobs. In reality, the state economy barely operates anymore. People work in factories and fields, but there is little for them to do, and they are paid almost nothing. A vibrant private economy has sprung up out of necessity, one where people find ways to make money on their own, whether through selling homemade tofu or dealing drugs, through smuggling small DVD players with screens called “notels” over the border or extracting bribes.

North Korea technically has a centrally planned economy, but now people’s lives revolve around the market. No one expects the government to provide things anymore. Everyone has to find their own way to survive.

I had to drop out of teachers college when I was 19 because my father became ill so I needed to work. I started doing people’s hair at my house. All the women wanted perms. I charged 30 [Chinese] yuan for a regular perm or 50 yuan for a perm with better products. But it was still hard to make money. [Thirty yuan is about $4.50.]

We lived in the city center, but we rented some land in the foothills of the mountains and grew corn there. During planting and harvest season, we would wake up at 4 a.m. and walk three hours to reach the farmland. We’d take a little break for lunch or a snack, then work until 8 p.m. before walking home again. Doing the weeding was the hardest because we had to get rid of them by hand. And we’d buy beans from the market and make tofu that we’d sell from our house. Our profit was less than 5,000 won [60 cents at the black market rate] a day. But because the bean price fluctuates, sometimes we were left with nothing at all.

North Koreans first learned how to be entrepreneurs during the famine, when they had to make money to survive. While men had to continue to show up for work in dormant factories, women would turn corn into noodles and keep a little for themselves but sell the rest so they could buy more corn for the following day. Homeless children would steal manhole covers to sell as scrap metal. Markets began to appear and took hold. North Koreans used to joke you could buy everything there except cats’ horns.

These days, you can probably buy cats’ horns, too … (read more)