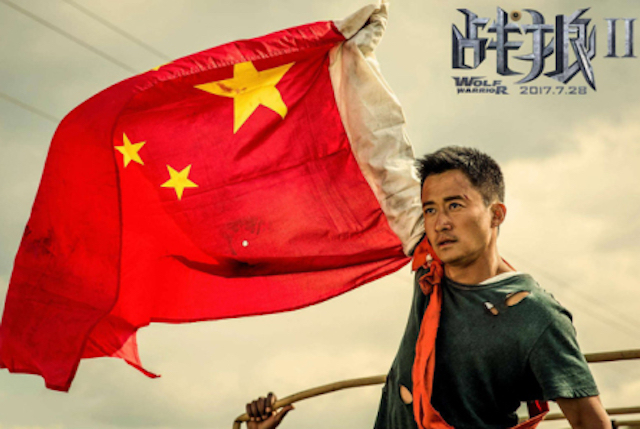 Nancy Tartaglione reports: Chinese box office is expected to see a strong boost when 2017’s final numbers are tallied: up as much as 20% or more to RMB 55B ($8.31B), according to the state media authority. The growth this year is spurred on by the massive takings of Wolf Warrior 2 and other hits like The Fate Of The Furious and the current Never Say Die. A ticketing fee factored into the totals doesn’t hurt either.

The figures were unveiled by SAPPRFT Vice Minister, Zhang Hongsen, at a press conference at the 19th National Congress of the Communist Party on Friday, Reuters reports.

This summer, Wolf Warrior 2 had a staggering run from late July through September. The Wu Jing-helmed pic grossed $863M along the way and ultimately passed Avatar for the 2nd biggest single-market gross ever (behind Star Wars: The Force Awakens’ domestic take). The patriotic pic has been submitted by China as its entry for the Foreign Language Oscar race.

Also zooming was Universal’s The Fate Of The Furious with $393M to become the biggest import ever in the market. Currently behind it for the year is Never Say Die, a local comedy that opened during the recent National Day Holiday period and which has taken $293M to date.

A roughly 7% ticketing fee is included in box office figures this year which has helped to boost the numbers. This is new in 2017 and … (read more)