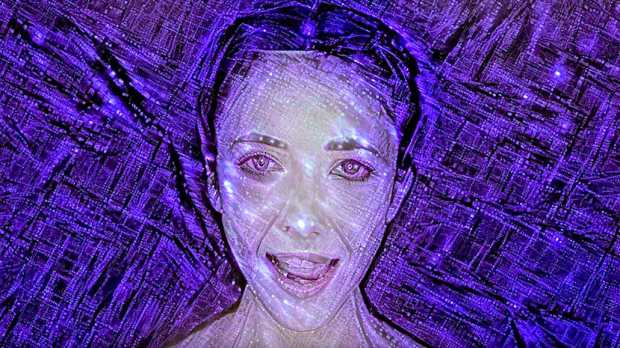 A still from the music video for the new single “Break Free” that features music entirely composed and produced by an artificial intelligence system (Credit: Taryn Southern / Amper)

Rich Haridy reports: At the rate AI-generated music is progressing, it could be old-fashioned to manually compose songs in as little as a decade. The latest step forward comes with the release of “Break Free,” the first single from the album IAMAI, for which all the music is entirely written and produced by artificial intelligence.

Machines have been slowly infiltrating creative fields for several years, but more recently we have seen the pace of what can be achieved using artificial intelligence rapidly accelerating. Last year, Sony’s Flow Machine software generated its first pop song, designed in the style of The Beatles. The lyrics of the song were penned by a human composer, who also helped arrange the AI-generated segments of music.

Now YouTube star Taryn Southern has joined forces with Amper, a company that has developed an AI system that can produce professional sounding music in seconds.

For the first single off the upcoming human/AI collaborative album, Taryn used the Amper AI to entirely compose the music from scratch. The only manual inputs Amper needs are beats per minute, rhythm, mood, and style of music. Taryn then penned her own vocal melodies and lyrics, which she recorded and added to Amper’s music to make the final product.

“I get to spend more time doing more of what I love – ‘conducting’ the AI to create a great song, writing lyrics and vocal melodies, and making music videos,” explains Taryn regarding her production process.

The final song is frighteningly similar to plenty of pop music out there, so depending on your tastes it is either absolutely awful or touchingly evocative. More definitive is the eerie way the AI has perfectly captured the progression, flow and tone of a modern pop song.

Amper initially developed its AI music composition system as a way for businesses and small content creators to add background music to their projects without delving into the messy world of royalties and licensing. The technology is clearly progressing at a rate where it can now effectively replace human composers across a multitude of tasks.

There is currently a rapidly growing sector of startups working on developing AI-generated music systems. Most are content to … (read more)