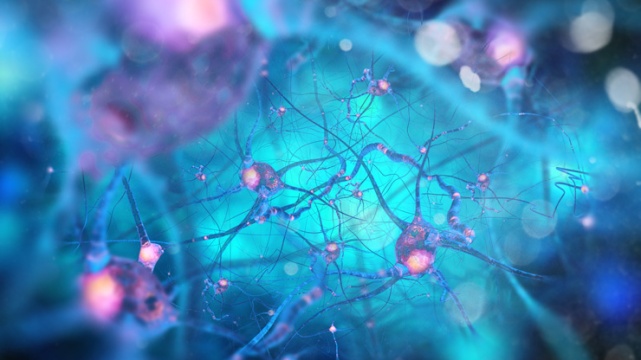 The government will begin a five-year joint neuroscience research project with the United States and the European Union next fiscal year, aimed at tackling the global impact of depression and dementia, among other mental and neurological disorders (see below).

It is necessary to analyze vast amounts of brain imaging data and conduct experiments on animals to fully understand the complexity of brain function, such as the activity of neural circuits.

Therefore, experts have said national- and regional-based research is limited by the scale of the task.

Amid these circumstances, Japan, the United States and the EU affirmed the necessity for international cooperation by leveraging their strengths in the neuroscience field, at the Group of Seven Ise-Shima summit in May last year.

Japan is a world leader in the field of primate neuroscience research and gene manipulation of rodent brains.

The United States is advanced in compiling and analyzing brain imaging data. Furthermore, U.S. government-affiliated research organizations such as the National Institutes of Health and institutes in the private sector including venture businesses actively cooperate in joint research.

European nations are advanced in the development of technological devices to monitor brain activity, such as magnetic resonance imaging (MRI) and positron-emission tomography (PET). 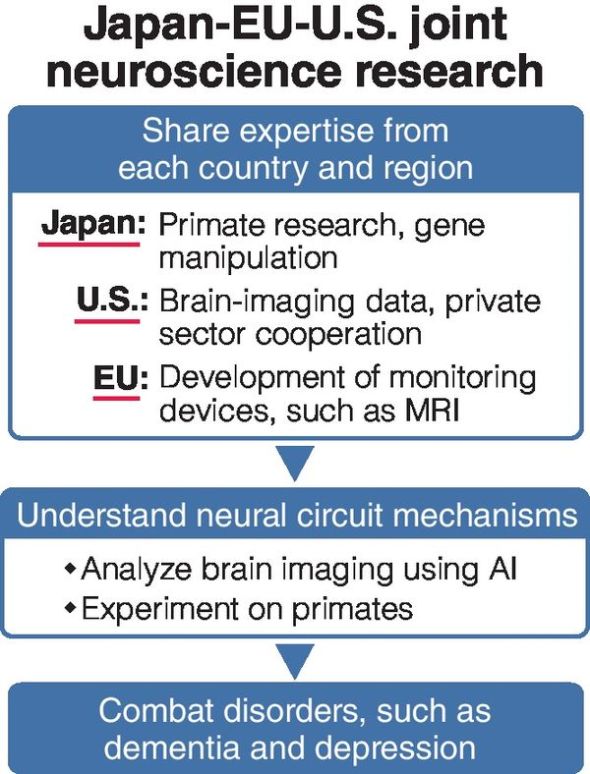 For the joint study, researchers will first collect patients’ brain imaging data, which are managed by medical organizations and research institutes in Japan and overseas.

Researchers — using artificial intelligence software and other technologies — will then attempt to identify brain regions with abnormalities and lesions by comparing the collected data with images of normal brains, among other analysis methods.

Researchers will use marmosets, a type of small monkey, to analyze a link between cerebral abnormalities and mental disorders, among other aspects.

According to the Education, Culture, Sports, Science and Technology Ministry’s plan, it will select a research body to serve as the main base in Japan in the next fiscal year.

For the joint research, which is set to commence in fiscal 2019 or after, it will start building a framework for cooperation with overseas research institutions and sharing research data with them.

The ministry will include relevant funds in its budgetary request for the next fiscal year.

Diseases, such as dementia and depression, that are believed to be caused by abnormal cerebral function. According to data from the World Health Organization, there are 322 million people suffering from depression worldwide. Alzheimer’s Disease International said the number of patients with dementia totaled 46.8 million globally in 2015, a number that is estimated to triple to 132 million by 2050.