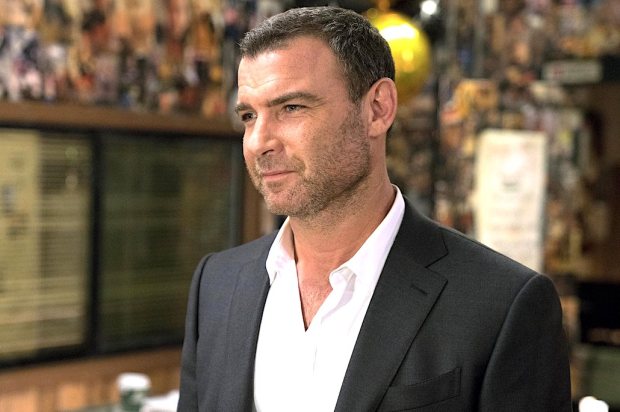 After a shocking death and a mysterious incident, the Donovans are a splintered family

Kyle Fowle writes: At the end of last season, everything was looking pretty great for the Donovans. They’d just pulled off a huge job, getting the angry Russians off their backs and dishing out some justice for Avi in the process. Sure, Abby was still being stubborn about treating her cancer, and Mickey lost the newest love of his life earlier on, but as the season came to a close, the whole family was dancing together inside the boxing gym. They were united for the first time in a very long time.

Which is why it’s pretty jarring to see the family not exactly getting along as the fifth season gets underway. They seem fractured, as if something irreparable happened. We’ll get to the mystery of what exactly happened — or rather, how something happened — a little bit later, but as the season premiere begins, everybody seems downtrodden. Mickey is buying boutonnières for Terry and Maureen’s wedding, but he hardly seems happy about it. He mumbles through the order and can barely muster any enthusiasm when the clerk offers her congratulations.

There are a few reasons why Mickey might be so sullen. First, he visits Sylvie’s gravesite and brings her fresh flowers. He’s still distraught that he lost someone he had such a beautiful connection with; their future was all planned, and then it was taken away. But that’s not all. As Ray sits down for some court-ordered therapy, a mystery begins to build. A flashback sequence sees Ray fighting with Mickey and maybe Bunchy; it’s all a little unclear. What we know is that something explosive happened, Bridget witnessed it all, and now Ray has to complete 12 sessions of therapy and the whole family is tense.

Just what Ray did to his father, and what caused it all, isn’t the season’s only mystery by any means, but it’s perhaps the most intriguing of the season premiere. I say that because Ray Donovan isn’t usually the type of show to draw out a story line using flashbacks. It’s a change in storytelling that could bode well for the series, which is certainly in need of a shakeup after four seasons. There’s the potential for this story line to get frustrating if Ray Donovan plays things too close to the vest, but for now, the enigmatic cloud that hangs over the Donovans provides some welcome intrigue.

The other bit of mystifying business involves Abby. At the end of last season, she was struggling with cancer; now, she’s nowhere to be found. The episode, aptly titled “Abby,” teases her death. We know she died based on all the pretty obvious context clues, but it’s unclear what happened. That tension is used to great effect late in the episode when, in a flashback, Ray and Abby plummet down a hill in their car after swerving to avoid a woman in the road. Abby doesn’t die in that moment, and we’re left to wonder just what happened when she did; one scene sees Bridget sitting outside her parents’ bedroom crying, but no answers are provided there either.

While we wait for answers, we catch up with the Donovans. Bunchy is preparing for a luchador tryout in the hopes of going on the road with Teresa; Daryll is still dumb as a bag of hammers, but at least he’s trying to court big clients for Ray’s business, this time going after movie star Jay White; and then there’s Terry, whose Parkinson’s is being controlled by a pacemaker in his head, gearing up to marry Maureen. All of that sounds pretty normal, but it isn’t long before “Abby” throws a couple of wrenches into all of these plans …. (read more)