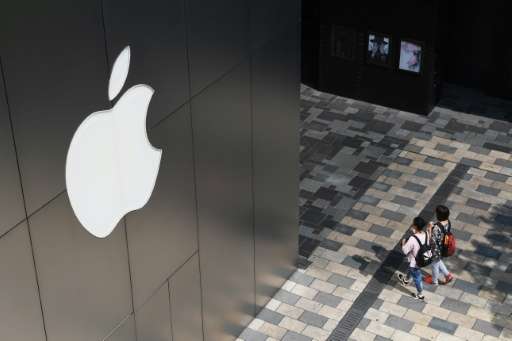 Apple’s removal of software allowing internet users to skirt China’s “Great Firewall” from its app store in the country, the company confirmed has sparked criticism it is bowing to Beijing’s tightening web censorship

Apple’s decision to bow to Chinese officials by removing apps to sidestep online censorship underscores the dilemma faced by US tech companies seeking to uphold principles while expanding their business.

The iPhone maker is the latest from Silicon Valley to face a conundrum in balancing their value for human rights and free expression against a government intent on controlling online content.

Apple this week acknowledged it had removed applications for so-called VPNs or virtual private networks, despite objections. 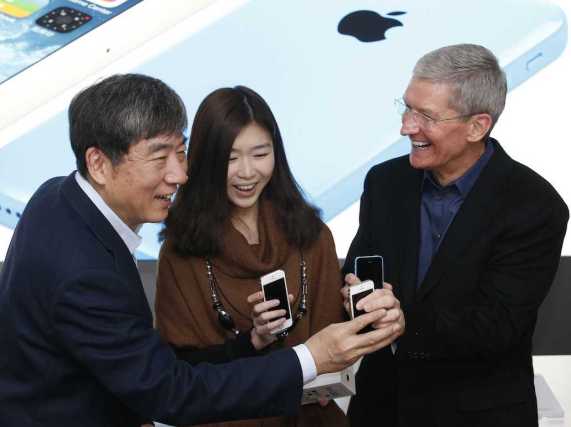 “We would rather not remove the apps, but like in other countries, we obey the laws where we do business,” Apple chief Tim Cook said during an earnings call.

“We are hopeful that over time, the restrictions we are seeing are loosened, because innovation really requires freedom to collaborate and communicate, and I know that is a major focus there.”

The prospect of Apple scoring a hit with a 10th-anniversary iPhone model in the months ahead appeared to outweigh backlash from online rights activists who criticized the world’s most valuable technology company for not standing up for online freedom.

Chinese President Xi Jinping, left, shakes hands with Apple CEO Tim Cook, right, during a gathering of CEOs and other executives at Microsoft’s main campus in 2015

“There is a belief that millennials really want companies to be more active in protecting people’s rights and free speech,” Silicon Valley analyst Rob Enderle of Enderle Group told AFP.

“There is obviously no connection between the rhetoric and buying behavior at this point.”

Chinese internet users have for years sought to get around the so-called “Great Firewall” restrictions, including blocks on Facebook and Twitter, by using foreign VPN services.

“If other companies follow Apple’s lead, it could soon be much harder for people in China to access information freely online,” Amnesty International said in a blog post.

“Businesses have a responsibility to respect international human rights law… We would have expected a more robust stance from Apple, a company that prides itself on being a privacy champion.”

Cook maintained that the App Store in China remained stocked with VPN apps, including creations from developers outside that country … (read more)