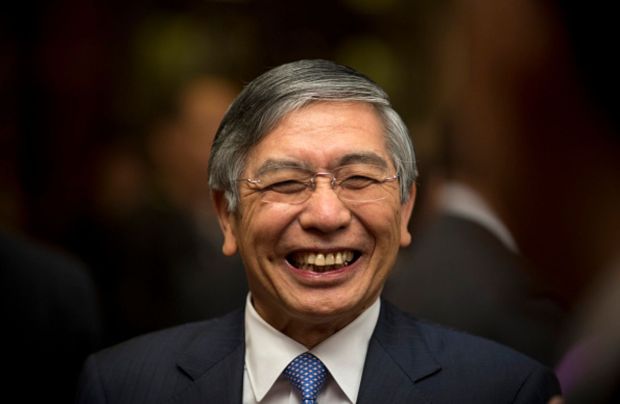 The country has mountains of debt and a tight job market. So where’s the inflation?

Noah Smith writes: Japan is the graveyard of economic theories. The country has had ultralow interest rates and run huge government deficits for decades, with no sign of the inflation that many economists assume would be the natural result. Now, after years of trying almost every trick in the book to reflate the economy, the Bank of Japan is finally bowing to the inevitable. The BOJ’s “dot plot” shows that almost none of the central bank’s nine board members believe that the country will reach its 2 percent inflation target: 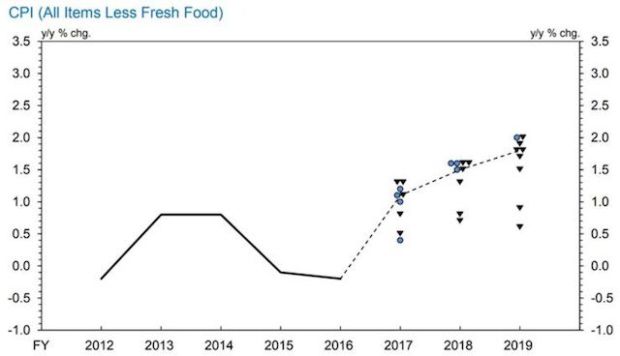 Accordingly, the bank has pushed back the date at which it expects to hit its 2 percent target. That’s a little comical, since by now it should be fairly obvious that the date will only get pushed back again and again. If some outside force intervenes to raise inflation to 2 percent, the BOJ will declare that it hit the target, but it’s pretty clear it has absolutely no idea how to engineer a deliberate rise in inflation. The bank will probably keep interest rates at zero indefinitely, but if decades of that policy haven’t produced any inflation, what reason is there to think that decades more will do the trick?

Some economists think more fiscal deficits could help raise inflation. That’s consistent with a theory called the “fiscal theory of the price level,” or FTPL. But a quick look at Japan’s recent history should make us skeptical of that theory — even as government debt has steadily climbed, inflation has stumbled along at close to 0 percent:

Japan’s situation should also give pause to economists who want to resurrect the idea of the Phillips Curve, which purports to show a stable relationship between unemployment and inflation. Japan’s persistently low inflation comes even though essentially everyone in Japan who wants a job has one.

Basic econ theory says that as the labor market gets tighter, competition should push up wages, which will then boost … (read more)