Mike Fleming Jr writes: Here is the first trailer for the Toronto International Film Festival-bound Angelina Jolie-directed First They Killed My Father, a harrowing Netflix drama about young Cambodian girl Loung Ung as she and her family struggled to survive the brutal genocide of the Khmer Rouge regime that murdered one-quarter of the population after the United States withdrew from Vietnam. Jolie wrote the script with Ung, and produced it with Cambodian-born documentary filmmaker Rithy Panh. 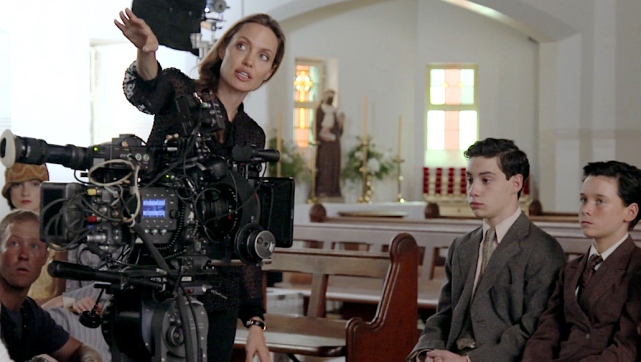 While recent headlines focused on an improvisational exercise used during the casting of local children — Jolie and Panh heatedly disputed the version of events depicted in Vanity Fair — the film is actually a tremendous accomplishment. It is a grand scale period epic shot entirely in Cambodia, using local cast and shot in Khmer language by Jolie, whose long love affair with the country began while filming Lara Croft: Tomb Raider. Panh told Deadline in a lengthy statement that these factors helped make First They Killed My Father a cathartic step forward in processing a traumatic national tragedy, one made relatable by its vantage point: the eyes of a child struggling to survive while processing unimaginable trauma and violence all around her.

“It is an homage to those who were lost. They did not die in vain, and the world will not forget them.”

Here is Panh’s translated statement: “This film is important to the people of Cambodia because it is the first time that one of the most crucial periods of our history has been told on such a major scale and shot in our country and in our Khmer language. This is all thanks to the strength of character of Angelina Jolie, who was able to convince, bring together, and unite the talent and energy of the actors, technicians, workers, and all the other people involved in the film, in order to present the historical facts as accurately as possible, in a way that respects our memory. A film is a viewpoint, a personal narrative; it does not answer all the questions, but it contributes to a dialogue and to the passing on of knowledge from one generation to the next.

“Many Cambodians cried when they watched the film. Cinematic fiction incorporates individual stories, and finds a particular resonance with each individual’s story. Looking through the eyes of others enables us to confront our own history, to recognize ourselves in that history, to regain our dignity, and to reconcile ourselves with irreparable loss.”

“This film has also been an opportunity for us to show that, 40 years after the disaster and the destruction of the lifeblood of our country, we have been able to rebuild a vibrant and competitive film industry … (read more)