HONG KONG — For teenagers who like to sing along with Ariana Grande and Flo Rida, Musical.ly is a must-have. The app that lets users lip-sync and dance in their own music videos boasts 100 million users and partners with pop stars like Ms. Grande and Meghan Trainor.

It’s not easy to tell Musical.ly is Chinese — and that’s deliberate. To find success in America, its parent company has ignored China, its home market and a country with 700 million internet users.

The reason is simple, says Alex Zhu, co-founder of Shanghai-based Musical.ly: China’s internet is fundamentally different from the one used in much of the rest of the world.

“It’s still very difficult to get into China,” said Mr. Zhu, who studied civil engineering at Zhejiang University in the eastern city of Hangzhou. “It’s a closed environment, and you have to be quite different to compete in that market.”

Two decades after Beijing began walling off its homegrown internet from the rest of the planet, the digital world has split between China and everybody else. That has prevented American technology companies like Facebook and Uber, which recently agreed to sell its China operations, from independently being able to tap the Chinese market.

For China’s web companies, the divide may have even more significant implications.

It has penned in the country’s biggest and most innovative internet companies. Alibaba, Baidu and Tencent have grown to be some of the world’s largest internet companies, but they rely almost entirely on domestic businesses. Their ventures abroad have been mostly desultory, and prognostications that they will challenge American giants internationally have not materialized. 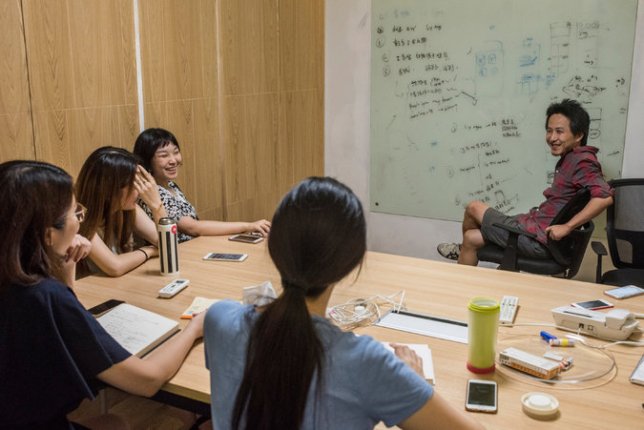 Alex Zhu, co-founder of Musical.ly, in a meeting with staff members at the company’s offices in Shanghai. Gilles Sabrie for The New York Times

For Chinese web start-ups like Musical.ly, the internet split has also forced them to choose — either create something that caters to China’s digital population or focus on the rest of the globe.

In many ways, the split is like 19th century railroads in the United States, when rails of different sizes hindered a train’s ability to go from one place to another.

“The barrier to entering the U.S. or China market is becoming higher and higher,” said Kai-fu Lee, a venture investor from Taiwan and former head of Google China.

The difficulties that China’s internet companies face in expanding their success abroad are epitomized by WeChat, the messaging app owned by Tencent. In China, WeChat combines e-commerce and real-world services in ways that have Western companies playing catch-up. It has about 700 million users, most of whom are Chinese or use it to connect with people in China.

In 2012, armed with a cash stockpile of several hundred million dollars, the world soccer star Lionel Messi as a spokesman and local ads like Bollywood-inspired commercials in India, Tencent began a push that executives said would be its best chance of breaking out of China. The effort flopped.

Critics pointed to Tencent’s lack of distinctive marketing, a record of censorship and surveillance in China and its late arrival to foreign markets. Yet the biggest problem was that outside of China, WeChat was just not the same. Within China, WeChat can be used to do almost everything, like pay bills, hail a taxi, book a doctor’s appointment, share photos and chat. Yet its ability to do that is dependent on other Chinese internet services that are limited outside the country.

That leaves WeChat outside China as an app that people mostly use to chat and share photos — not that different from WhatsApp and Messenger, which are both owned by Facebook. Baidu and Alibaba have apps that similarly offer a range of capabilities, yet are less useful outside China. 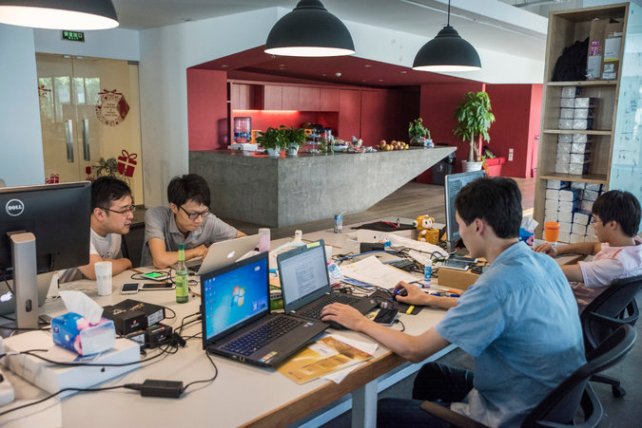 The Shanghai offices of Musical.ly, a Chinese start-up that chose to build its business abroad. Credit Gilles Sabrie for The New York Times

The same problem hurts start-ups in China. Those companies start out accustomed to using Chinese internet sites and apps to market and enhance their business. But going abroad means a different world of services to master, such as a solid understanding of Facebook and Google’s platforms and ads, not Baidu’s and Tencent’s.

By contrast, Musical.ly chose the opposite approach and linked itself to the most popular social networks in the United States. If someone records an impressively coordinated dance or flawlessly lip-synced song, the person can put it up not just on the app, but also add it to Instagram, send it on WhatsApp or post it to Facebook. That has helped Musical.ly grow naturally to Europe, South America and Southeast Asia, Mr. Zhu said.

“The thing about this young generation in the U.S. is, they’re creative,” said Mr. Zhu. “They’ll say, ‘Please follow me on Instagram or Snapchat.’ If your app can attract some people in an age group and make them super excited to share, you will probably grow.”

For Cheetah Mobile, a maker of smartphone utility apps based in Beijing whose users are mostly outside China, the solution was finding a steppingstone to the rest of the world. In early 2014, it opened an office in Taiwan, where use of Google and Facebook dominates. That helped it gain employees who intimately understood … (read more)