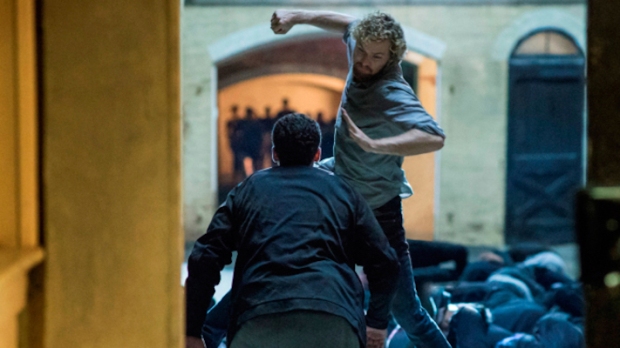 UPDATE: Raven Metzner will take over as showrunner for “Iron Fist” Season 2. Metzner previously worked on Fox’s “Sleepy Hollow,” NBC’s “Heroes Reborn,” and TNT’s “Falling Skies.” He also has past experience in the Marvel world, having written the screenplay for the 2005 film “Elektra.” He replaces Season 1 showrunner Scott Buck, who is now working on the ABC Marvel series “Inhumans.”

Netflix has renewed the Marvel series “Iron Fist” for Season 2.

Marvel TV head Jeph Loeb made the announcement at San Diego Comic-Con on Friday. In addition, Loeb hinted that Colleen Wing (Jessica Henwick) would team up with NYPD detective Misty Knight (Simone Missick), who first appeared in Season 1 of “Luke Cage.” The characters previously partnered together in the Marvel comic books.

“Iron Fist” stars “Game of Thrones” alum Finn Jones as Danny Rand, the heir to the multi-billion dollar Rand Corp. who returns to New York after training for years in the mysterious city of K’un-Lun. Through his training, he was chosen to be the living weapon known as the Iron Fist, which allows him to channel his chi energy into his fists.