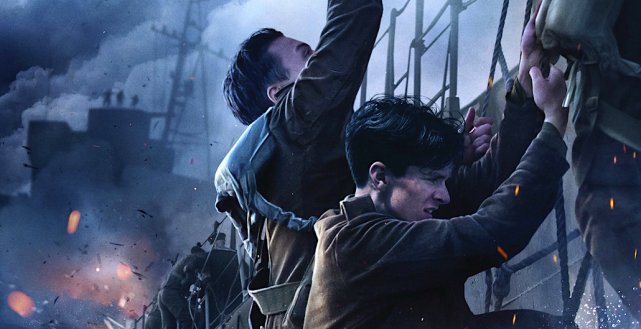 Christopher Nolan’s war epic aims for the top spot as “Girls Trip” and “Valerian and the City of a Thousand Planets” also open.

Jeremy Fuster writes: The astritics seem to be in agreement: Christopher Nolan’s “Dunkirk” is one of, if not the, best films of the year and a surefire Oscar contender, giving the World War II epic a “Fresh” rating of 96 percent on Rotten Tomatoes.

Currently, “Dunkirk” is pegged by independent trackers for an opening weekend in the range of $30-40 million, with WB’s projections on the upper end of that range. The film will be released in 3,700 locations, which includes a variety of special formats including IMAX, 35mm, and 70mm film.

But there’s the chance that independent projections may be underestimating “Dunkirk’s” potential. Unlike many blockbusters, WWII movies tend to attract an older male audience that is not always represented in social media and could help push the opening for “Dunkirk” into the $40-50 million range. Even if it doesn’t, older audiences can help give”Dunkirk’s” box office haul legs, as older audiences tend to see films in later weeks.

“It can be hard for trackers to gauge this component of moviegoers, which isn’t as on the grid as much as their younger counterparts,” comScore’s Paul Dergarabedian says. “So ‘Dunkirk’ could surprise a lot of people.”

In addition, “Dunkirk” has enjoyed a social media buzz that no other film of its kind has received thanks to an unexpected periphery demographic: One Direction fans. Though Nolan has said he did not know of Harry Styles’ fame when he cast him as a British Army private, the presence of the former boy band star has caused the film to get a spike in social media interest with each new trailer release.

According to comScore’s PreAct social media charts, Dunkirk has been one of the top 3 most talked about upcoming releases for each of the past three weeks, sharing the top spots with intensely hyped franchise staples like “Star Wars: The Last Jedi,” “Spider-Man: Homecoming” and “Avengers: Infinity War.” To date, “Dunkirk” has accumulated 1.35 million social media conversations on PreAct, making it the only summer movie outside of “Wonder Woman” and Disney-related IP to score above 1 million conversations on the system. While there’s no guarantee that Harry fans will become a major box office driver, it has helped “Dunkirk” keep up word-of-mouth even before this week’s glowing reviews rolled in and will make the demographic breakdowns a thing to look out for this weekend.

“Dunkirk” tells the story of the Dunkirk Evacuation, a famous moment from the early stages of World War II in which over 300,000 Allied soldiers were rescued after being surrounded by Nazi forces in Frances. Nolan is writer-director on the film, and produced it with his wife, Emma Thomas. The film’s cast includes Fionn Whitehead, Tom Hardy, Mark Rylance, Harry Styles, Kenneth Branagh, and Cillian Murphy … (read more) 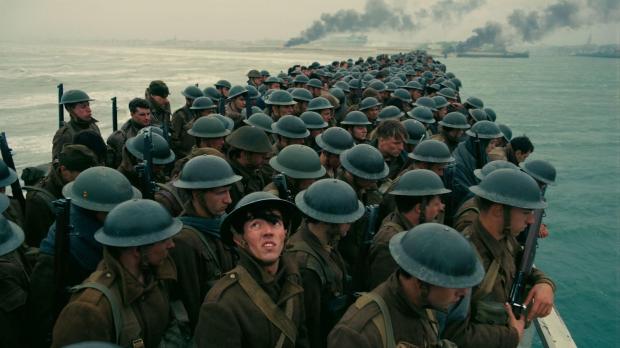 Amy Kaufman writes: Christopher Nolan made headlines this week when he bashed Netflix, saying he would never work with the streaming company because it doesn’t support theatrical releases. And judging by how well his new World War II drama “Dunkirk” is faring at the box office this weekend, his movies will have a place on the big screen for years to come.

The movie has collected nearly $20 million since opening Thursday evening, according to an estimate from distributor Warner Bros. That puts the film on track to gross over $50 million by weekend’s end — about $10 million beyond the studio’s expectations.

The critically praised picture, which cost about $150 million to produce, tells the story of a mission to save thousands of Allied troops from a beach in France during World War II. Audiences that have seen the movie so far — which are 60% male — give the movie an average grade of A-minus, per market research firm CinemaScore.

That’s not quite as strong as the A-plus earned by “Girls Trip.” The R-rated comedy about four old friends who reunite for a raucous weekend in New Orleans took in $11 million on Friday. The Universal Pictures release is projected to gross around $30 million by Monday morning … (read more)