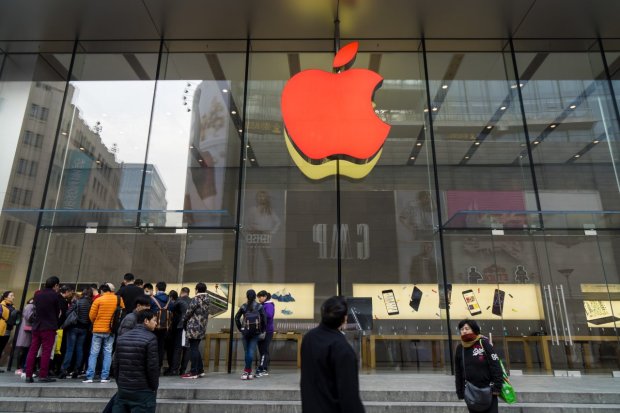 BEIJING — Eva Dou reports: To comply with tough new cybersecurity rules, Apple will for the first time begin storing data for its customers in China with a government-owned company—a move that means relinquishing some control over its Chinese data.

Apple will build its first Chinese data center in the southern province of Guizhou to house data for customers of its iCloud service. The data include photos, documents, apps and videos uploaded by Apple users throughout the mainland, the company said Wednesday.

The center will be operated by a company owned by the Guizhou provincial government, and whose chairman was a local government official until last year.

Under the agreement, Apple will retain control over encryption keys at the data center. It wasn’t clear if it would have access to any of the data itself, which would be overseen by its Guizhou partner.

In addition, Apple wouldn’t be able to transfer data from Chinese customers to the U.S., in compliance with China’s new cross-border data guidelines that were also part of the latest cybersecurity rules.

The move is a major concession for Apple to retain access to a key market, coming at a time when it is facing increasing regulatory headwinds in China. The Silicon Valley company has been one of the technology industry’s strongest advocates for fending off government incursions into its data.

Apple said it made the change to comply with China’s new rules on data storage and cloud-services operation that went into effect June 1 as part of sweeping new regulations aimed at improving cybersecurity.

In a statement, Apple said it has “strong data privacy and security protections in place and no backdoors will be created into any of our systems.”

China has ramped up pressure on foreign cloud-service providers over the past year to comply with longstanding rules that require them to partner with local firms. Microsoft Corp. and Amazon.com Inc. already have local partners.

“It’s clear that this is now being enforced across the board,” said Chris DeAngelis, Beijing-based general manager of consultancy Alliance Development Group. “Any cloud-based company coming into China has to have a local operating partbv cxxx cvbnm4ner.”