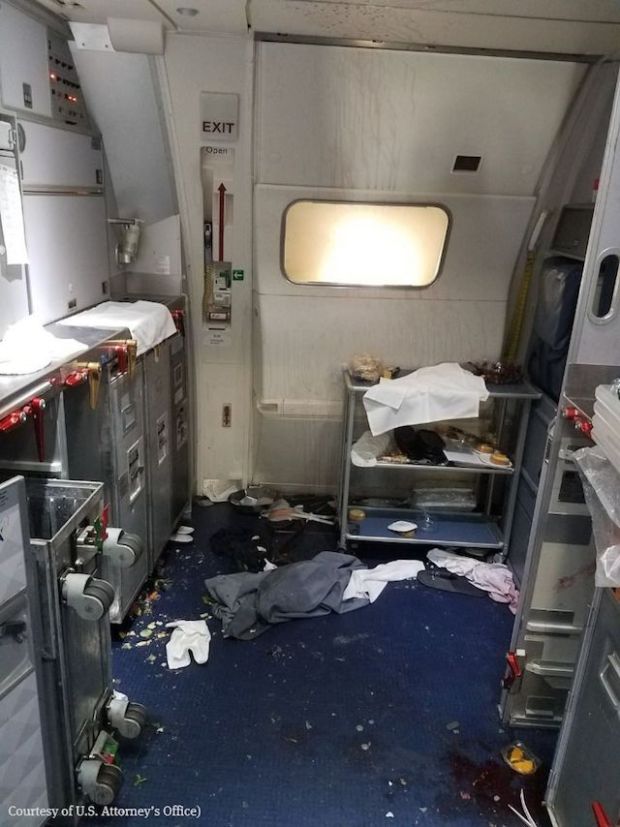 Christine Willmsen reports: A Tampa, Florida, man was charged Friday with one count of interference with flight crew members for allegedly assaulting two flight attendants on a Seattle-to-Beijing flight.

A 23-year-old Florida man on a Thursday flight from Seattle to Beijing tried to open an exit door on the airborne Boeing 767, sparking a wild brawl with flight attendants and passengers who used wine bottles and zip ties to subdue the combative man, according to a federal complaint.

Joseph D. Hudek IV was charged Friday with one count of interference with flight crew members for allegedly assaulting two flight attendants on Delta Air Lines Flight 129. He is expected to remain in federal custody until a detention hearing scheduled for Thursday.

Hudek appeared for a hearing Friday in U.S. District Court in Seattle, wearing a beige jail uniform and sporting a scrape or bruise below his right eye.

He did not speak during the hearing. His attorney, Robert Flennaugh II, did not return a call.

Hudek, who was sitting in first class and traveling on a “dependent pass,” ordered one beer before takeoff and showed no signs of intoxication, FBI Special Agent Caryn Highley wrote in the complaint.

A spokesman for Delta said they can’t comment on passengers or employees, but that select family members of employees can use a dependent pass for travel. However, he said he could not comment on whether Hudek is related to a Delta employee.

About an hour into the flight, Hudek briefly went into the lavatory, according to the complaint. He then went back out and asked one of the flight attendants a question in the galley area, the complaint says. 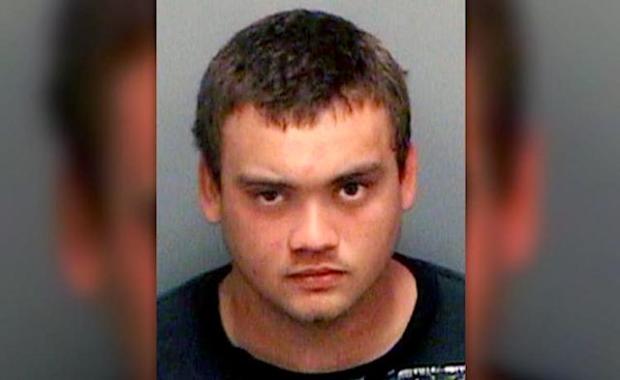 Hudek returned to the lavatory for about two minutes. After he walked out he lunged toward the emergency exit door, grabbed the handle and tried to open it, the complaint alleges.

One flight attendant later reported that the door could have opened if it was fully disarmed at the altitude they were flying over the northwest end of Vancouver Island, B.C.

Attendants turned to passengers for help as one of them called the cockpit to alert the flight crew of the emergency. The pilot notified the Federal Aviation Administration of the threat, and the flight carrying 210 passengers and 11 crew was diverted back to Seattle-Tacoma International Airport.

Meanwhile, Hudek allegedly punched one of the attendants twice in the face, hit a male passenger in the head with a red dessert-wine bottle and punched him several times.

A flight attendant grabbed two wine bottles and hit Hudek with both, breaking one over his head.

According to the criminal complaint, Hudek was undeterred by the impact of the 1-liter wine bottle and asked, “Do you know who I am?”

It’s unclear what Hudek meant by that.

The male passenger then put him in a headlock, but Hudek freed himself as several other passengers from the first-class cabin jumped into the fight to restrain Hudek … (read more)

via The Seattle Times