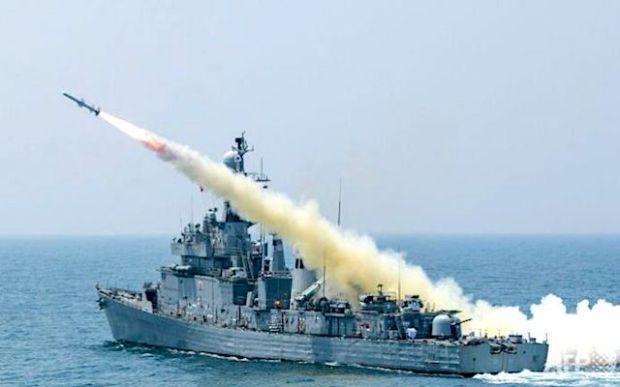 The allies fired a barrage of missiles, including the South’s Hyunmoo-2 and the U.S. Eighth Army’s ATACMS, into the East Sea, according to the Joint Chiefs of Staff. The Hyunmoo-2 is a ballistic missile, and the ATACMS is a tactical surface-to-surface missile.

The live-fire training was held at the order of President who cited the need for demonstrating the allies’ missile defense posture with action, not just a statement, said Moon’s office Cheong Wa Dae.

“President Moon said North Korea’s serious provocation required us to react with more than just a statement and that we need to clearly show our missile defense readiness to North Korea,” it said in a released statement.

Yonhap via AP South Korean President Moon Jae In works at the presidential Blue House in Seoul on Friday.

Earlier in the day, the North’s state media gave a detailed account of the reclusive nation’s latest missile test.

It added the country’s ICBM is capable of carrying a large-sized warhead.

The South’s military stressed that the allies are all set to retaliate in case of the North’s missile attack.

It warned that the leadership of the North Korean regime will face “destruction” if it threatens the security of the allies’ people with its nuclear weapons and missiles.