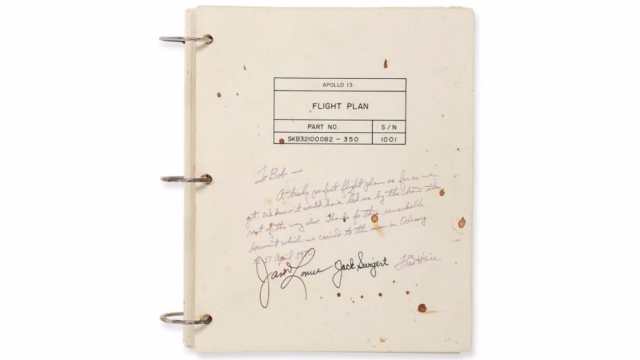 David Szondy reports: Apollo 11 was one of the great milestones in human exploration, and Apollo 13 was one of the most dramatic episodes. The flight plan used aboard the Apollo 13 Command Module wasn’t just along for the ride, it played a central role in this drama and now it’s up for auction as part of Sotheby’s Space Exploration sale. The loose-leaf binder not only includes instructions for the crew, but hastily scribbled notes used as the astronauts struggled to survive the return journey to Earth after their spacecraft was damaged.

Launched on April 11, 1970, Apollo 13 was the seventh manned Apollo mission and the third planned landing on the lunar surface. Unfortunately, that landing never occurred because while en route to the Moon on April 17, an explosion in one of the cryogenic oxygen tanks crippled the Service Module that acted as the propulsion and main support system for the Odyssey Command Module. 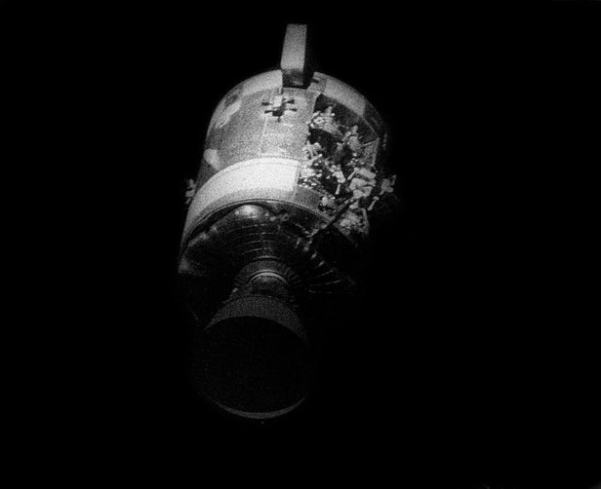 It was a remarkable story that was adapted to film more than once. The flight plan, contrary to Ron Howard’s movie Apollo 13, survived the mission and was signed by the crew before being presented as a momento to Turnage Robert “Bob” Lindsey, the Lead Flight Planner for Apollo 13.

The flight plan not only includes the detailed list of instructions for the crew as planned out for them before launch, but also penciled notes made by the three astronauts as they worked with mission control to solve the problems of rationing water, making sure the air remained breathable, computing the homeward trajectory, and even how to separate the Command Module and Lander without the Service Module’s thrusters … (read more)