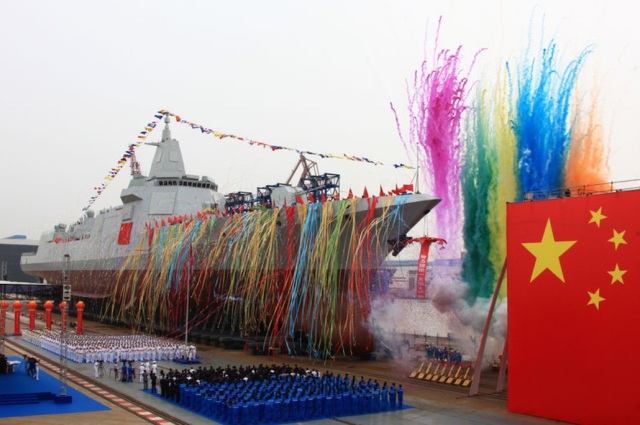 The 10,000-ton warship was launched at the Jiangnan Shipyard in Shanghai, the official Xinhua news agency said, making it the first of the People’s Liberation Army Navy’s “new generation” destroyers.

The state-run Global Times newspaper said the ship was believed to be the first Type 055 destroyer, which is considered to be a successor class to the smaller Type 052D guided missile destroyers.

China is still producing the latter and commissioned one, the Xining, in January