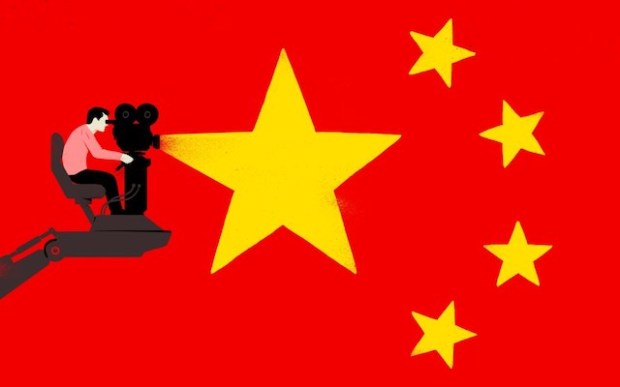 Nancy Tartaglione reports: While box office manipulation has long been a major issue in China, the vast market has increasingly vowed to crack down on cheats. Now, the MPAA has hired an accounting firm to audit Middle Kingdom ticket sales on a select number of films.

This is the first time the Hollywood studios are availing themselves of a clause in the longform agreement with China which gives them the ability to take their own close look at the books.

I understand that the decision to trigger the audit was a group call made by the MPAA’s member companies. While it’s a sensitive subject, the practice has happened in other markets and helps gain a better understanding of the exhibition and distribution sectors. In China, they’ve been historically murky to say the least. Bloomberg first reported news of the current steps taken by the MPAA amid concern over inaccurate reporting.

It’s not clear what titles the audit is looking at, nor when it will conclude — this is a market of over 40K screens with nearly 40 Hollywood movies released on a revenue-share basis in 2016 and more under flat-fee deals.

But, it’s a smart move as the world’s fastest-growing market becomes an increasingly important part of Hollywood economics. Although box office improvement ground to a sputter of just 3.7% in 2016, this year has seen Hollywood dominate. Eight films have already crossed the $100M mark locally, led by smash The Fate Of The Furious.

The PROC powers-that-be have also been more carefully policing their own back yard in recent months. Last November, authorities established a new film industry lawwhich vowed to be tough on box office fraud, ultimately resulting in suspensions, fines and warnings this past March.

Earlier in 2016, SAPPRFT slapped the distributor of Hong Kong actioner Ip Man 3with a one-month suspension from releasing films after investigating it for fraud … (read more)