David Szondy reports: If you’re drawing your genealogical chart, be prepared to buy a lot more paper because the human race is much older than we thought. According to a team led by Jean-Jacques Hublin of the Max Planck Institute for Evolutionary Anthropology and Abdelouahed Ben-Ncer of the National Institute for Archaeology and Heritage in Morocco, fossils and stone tools found in a cave 100 km (62 mi) west of Marrakesh show that Homo Sapiens has been around for at least 300,000 years.

“The stone artifacts from Jebel Irhoud look very similar to ones from deposits of similar age in east Africa and in southern Africa. It is likely that the technological innovations of the Middle Stone Age in Africa are linked to the emergence of Homo sapiens.”

Until recently, the most popular theory about the emergence of modern humans is that they appeared about 200,000 years ago in a narrow region of East Africa in what is now known as Ethiopia. However, new finds and research into ancient DNA indicates that our ancestors appeared 100,000 earlier, were widespread over the continent, and underwent a complex evolution before spreading out into Asia and Europe.

The Max Planck study involved bones from five individuals from the Jebel Irhoud cave site in Morocco. First discovered in the 1960s, it has been a major source of undisturbed human and animal fossils as well as Mesolithic stone tools. The Mesolithic or Middle Stone Age is the era when the region shows a radical shift from the crude stone tools associated with Neanderthal Man into more finely worked chipped stone tools that dominated until the Neolithic, or New Stone Age, when ground stone tools appeared around the time when agriculture was invented. 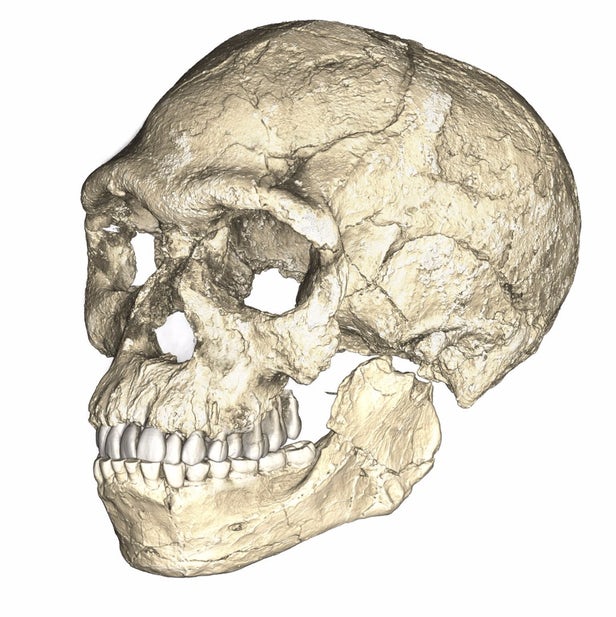 In Europe, the Mesolithic dates back to about 9,660 BC, but Jebel Irhoud beats that by 268,000 years. In fact, the researchers say these tools may be a key factor in human evolution and why humans were able to disperse across Africa.

“The stone artifacts from Jebel Irhoud look very similar to ones from deposits of similar age in east Africa and in southern Africa” says Max Planck Institute archaeologist Shannon McPherron. “It is likely that the technological innovations of the Middle Stone Age in Africa are linked to the emergence of Homo sapiens.” 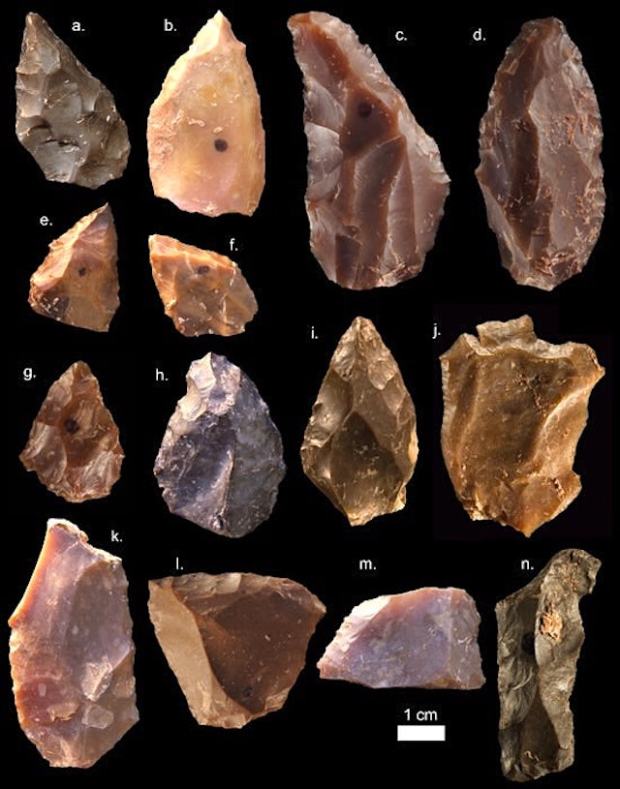 Many of these flint tools had been heated in the past, almost certainly while in use, which caused their crystalline structure to reset like an erased audio tape. Over the millennia, natural radiation introduced electrons, which were trapped in the crystal matrix. Using a technique called thermoluminescence dating, scientists were able to release the electrons by heating the tools again.

These tools were not only of great interest to archaeologists for learning more about the society and technology of early Homo Sapiens, but they also provided valuable dating information … (read more)