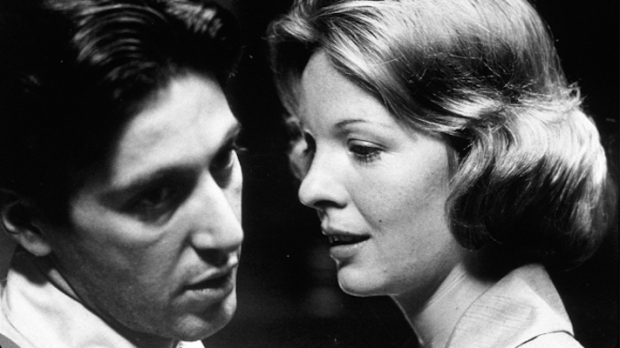 Malina Saval writes: Perhaps no living actress possesses more cinematic cool than Diane Keaton. From her iconic Oscar-winning turn as Woody Allen’s ditsy shikse conquest in “Annie Hall,” trilling “la-di-da” and inspiring an entire generation of women to don khaki trousers and men’s neckties, to playing a snooty journalist with a disdain for Ingmar Bergman in Allen’s “Manhattan,” to her role as an uptight playwright who captures the affection of perennial bachelor Jack Nicholson in Nancy Meyer’s “Something’s Gotta Give,” Keaton, who will be honored with an AFI Life Achievement Award on June 8 at Hollywood’s Dolby Theatre, is sharp-witted, self-deprecating, neurotic and insightful. In short, Keaton is the thinking person’s movie star.

“Part of the reason she’s so funny is because she’s unvain,” says Amanda Peet, who played Keaton’s daughter in “Something’s Gotta Give.” “I don’t think she was ever interested in being cool — even though, probably to her dismay, this made her the coolest. It’s hard to say which I admire the most: her fashion sense, or her acting. On top of everything else, she’s also kind.”

In her latest dramatic excursion Keaton played Sister Mary, nun and spiritual adviser to Jude Law’s Pope Pius XIII, in Paolo Sorrentino’s HBO series “The Young Pope.” The series mixed the serious with the surreal — Pius favors Cherry Coke and cigarettes and in an opening dream sequence, crawls out from underneath a pile of babies. Keaton, says Sorrentino, was the perfect actress to balance both the humorous with the heady. When you think about it, while Hollywood has certainly made a habit of making films and TV series about cheery, sing-songy nuns, few actresses aside from Keaton — Audrey Hepburn in “The Nun’s Story,” Jennifer Jones in “The Song of Bernadette,” Meryl Streep in “Doubt” — have successfully pulled off playing the part in any realistic fashion.

“Diane knows the secrets of comedy and I trusted her instinctive abilities,” Sorrentino says. “We’ve seen and loved Diane in recent years mainly in comedies. I thought it would be an unprecedented idea to reintroduce a less well-known aspect of Diane and one that goes further back in time: her ability to also be dramatic, serious and suffering.”

While Keaton made her big-screen debut in “Lovers and Other Strangers,” Cy Howard’s 1970 wedding comedy about a group of miserable relatives who gather for a family wedding, it was her role as Kay in Francis Ford Coppola’s Oscar-winning classic “The Godfather” that put the budding starlet on the acting map … (read more)

Shalini Dore reports: The old and new guards of Hollywood turned out in force for the AFI Life Achievement Award ceremony honoring Diane Keaton on Thursday night at the Dolby Theatre.

Even Woody Allen made a rare L.A. appearance to present Keaton with her trophy, saying, “This is a woman who is great at everything.

“Diane Keaton and I go back a long way,” he said. He roasted her looks, style (“She looks like the woman in ‘A Streetcar Named Desire’ who comes to take Blanche away”), and men who, he said, were the “most charismatic men in Hollywood and they always dumped her.”

He was not the only one to roast a delighted Keaton, who sat back and laughed at it all. Martin Short and Steve Martin kicked off the evening with a song routine at a grand piano. “Diane, what a great honor this must be for you,” Short said. “I remember when I got mine.”

Martin recalled some of the advice Keaton gave him: “Being nice doesn’t cost you anything whereas giving to charity does.” … (read more)