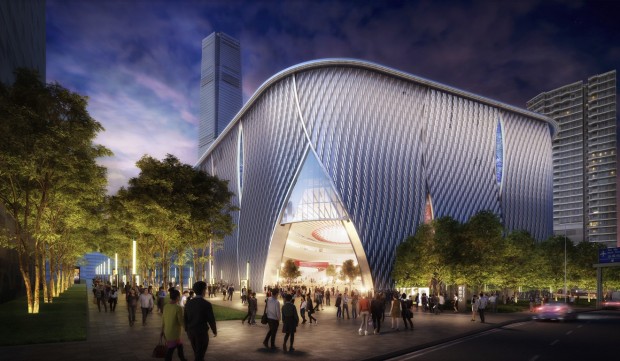 There was sniggering when Chinese opera venue at Hong Kong arts hub was named Xiqu Centre, given Putonghua word sounds in Cantonese like word for a woman’s private parts – now photos show entrance that looks like them.

Kevin Kwong reports: Remember all the fuss in 2013 over the English name for the Chinese opera centre at the West Kowloon Cultural District (WKCD) ? Instead of simply calling the 13,800-square-metre venue the Chinese Opera Centre (which is what it is), officials opted for the pinyin (and presumably politically correct) pronunciation of “Chinese opera” (in Putonghua) and called it the Xiqu Centre.

This was rather unfortunate, given “xiqu” sounds in Cantonese – the predominant Chinese dialect spoken in Hong Kong – exactly like si chue, the word for a woman’s private parts.

Just when we thought this was old news and the controversy no more than just some smutty schoolboy joke, it returned with a vengeance this week as images of the facade of the centre, which is still under construction, emerged on the WKCD website. 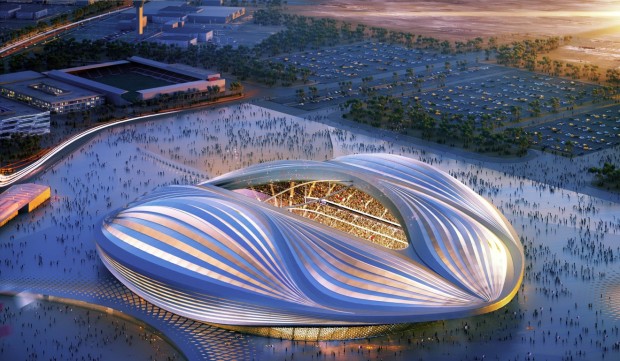 It doesn’t appear to look quite as envisaged in artist’s impressions of the late Hong Kong-born Canadian architect Bing Thom’s design – a grand, somewhat curvaceous structure. Most noticeably, it lacks architectural finesse.

When a colleague showed a similar comparison a few months ago I thought the building, without its arching curves, bore a closer resemblance to a rice cooker than “the soft glow of a lantern behind a bead curtain”. But now, with the construction in earnest of the inverted V-shaped main entrance, it doesn’t take much imagination to see this defining architectural feature as more and more like a woman’s private parts.