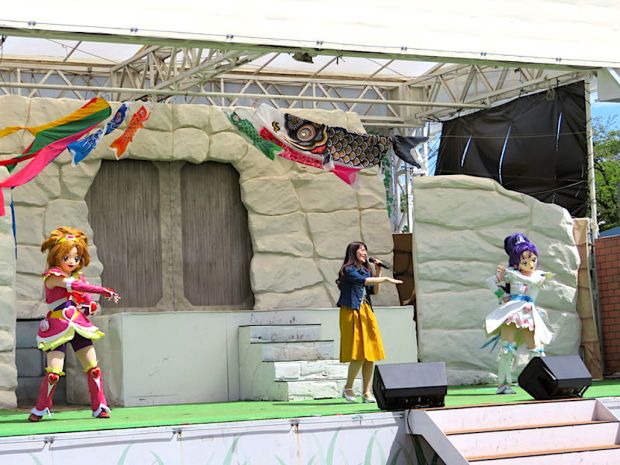 Mishio Suzuki writes: I have the distinct impression that so-called “hero shows,” which are stage performances for children featuring tokusatsu superheroes or anime characters, are an essentially Japanese phenomenon. These shows take place on weekends and holidays at amusement parks, shopping mall plazas and other places where crowds are inclined to gather.

I’m well aware that parades and shows by comic characters for children also occur overseas, but I feel they’re of a different character to hero shows in Japan, with the overseas shows focusing on dancing and singing and the Japanese ones emphasizing a kind of theatrical performance with a story.

Undoubtedly, the best-known hero shows are those in the Super Sentai Series dramas, which are regularly performed at the entertainment, leisure and amusement park facility Tokyo Dome City.

The first superhero show performed here dates back to 1971 or 1972, when it was still called Korakuen Yuenchi. An outdoor theater with a seating capacity of several thousand was built at the amusement park to stage shows of “Kamen Rider,” an enormously popular tokusatsu superhero drama at that time.

Even before this, stage shows were offered to promote the drama on the rooftops of department stores or other locations. However, these lacked distinct story lines and were simple displays of Kamen Rider in battle. Children loved them nevertheless, which led their creative staff to consider offering shows at regular venues … (read more)