‘Hitting a Bullet with a Bullet’

“I am incredibly proud of the warfighters who executed this test and who operate this system every day.”

In a statement, the agency said an unarmed rocket launched from the Marshall Islands in the Pacific Ocean was “destroyed” by a ground-based interceptor launched from Vandenburg Air Force Base in Southern California.

The successful test came two days after North Korea tested a SCUD-type ballistic missile that landed in Japanese waters in the Sea of Japan. 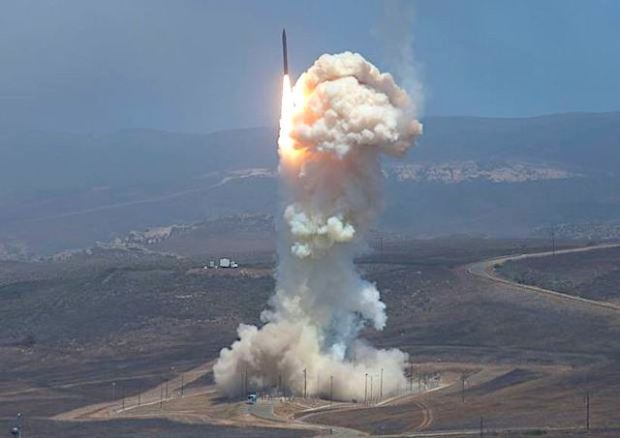 This system is vitally important to the defense of our homeland, and this test demonstrates that we have a capable, credible deterrent against a very real threat,” said MDA Director Vice Admiral Jim Syring. “I am incredibly proud of the warfighters who executed this test and who operate this system every day.”

About half of the previous tests of the Ground-based Midcourse Defense system have failed, attracting criticism from the Government Accountability Office and the Pentagon’s own weapons testing office, which says the system has “a limited capability” to defend the U.S. against an ICBM attack … (read more)