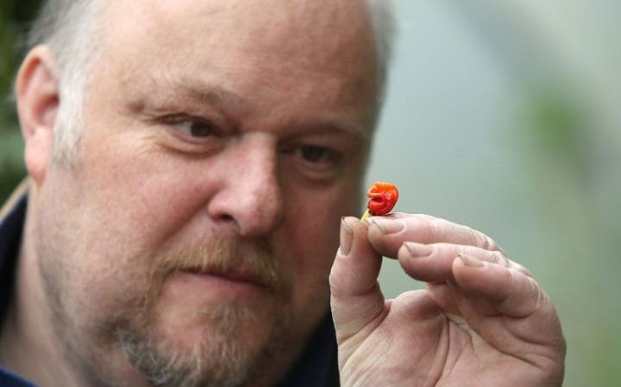 Henry Bodkin reports: A Welsh fruit grower trying to come up with a novel entry for next week’s Chelsea Flower Show has accidentally created the hottest chilli ever recorded.

Mike Smith, from Denbighshire, declared himself “chuffed” if a little “surprised” after scientists indicated that his Dragon’s Breath chilli had eclipsed the existing American record holder by a clear margin.

“I’ve tried it on the tip of my tongue and it just burned and burned.”

Originally intended to be a thing of beauty rather than a sensory beast, the peppers measure a formidable 2.48 million on the Scoville heat scale, ahead of the 2.2 million achieved by the Carolina Reaper.

I’ve tried it on the tip of my tongue and it just burned and burnedMike Smith, Chelsea Flower Show contestant

But the 53-year-old insisted he had never set out to breed a particularly hot-tasting plant, and that he is not even a fan of spicy food.

The one-metre-high tree was on Wednesday night being installed at the Royal Horticultural Society’s London showground, where it will be in contention for the Plant of the Year award. 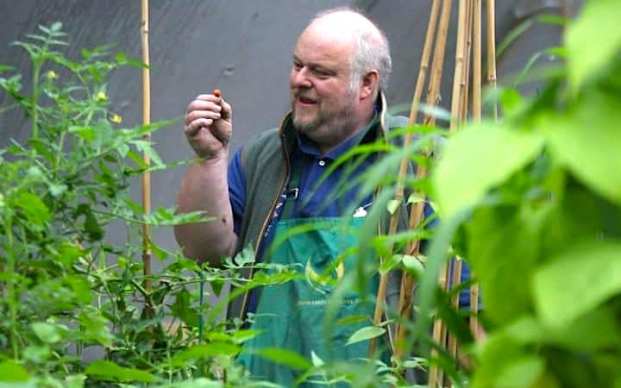 It was grown in collaboration with scientists from Nottingham Trent University, who believe oil from the chilli’s is so potent it could act as an alternative anaesthetic for those allergic to conventional drugs.

“I’ve tried it on the tip of my tongue and it just burned and burned,” he said. “I spat it out in about 10 seconds.

Experts believe that anyone who attempted to swallow one of the chilli peppers would be at risk of death from  anaphylactic shock.

“It was a complete accident but I’m chuffed to bits – it’s a lovely looking tree,” said Mr Smith, who has been competitively show-gardening for eight years.

The Dragon’s Breath is so powerful that one drop of its capsaicin oil would be detectable in 2.48 million drops of water.

By contrast, US Army Pepper Spray, used to blind and disorientate assailants, measures only 2 million on the Scoville scale … (read more)