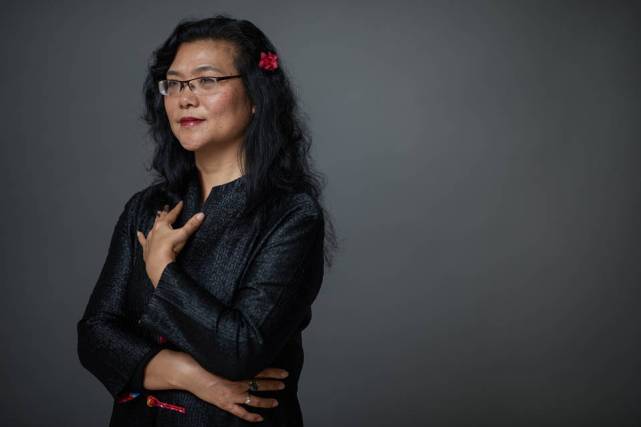 Lijia Zhang drew inspiration from her grandmother, who was sold to a brothel as a teenager, when writing her debut novel “Lotus.” PHOTO: LIJIA ZHANG

It’s an enduring mystery for anyone who has spent significant time walking China’s streets: What world lurks in the backrooms of the ubiquitous, neon-lit hair salons conspicuously staffed by scantily clad women?

Hounded to near-extinction under Mao Zedong, prostitution came roaring back along with economic reforms in the 1980s and remains common in Chinese cities today, despite periodic crackdowns. Yet little is known about the lives of its sex workers, particularly those who serve the lower end of the market.

In her debut novel “Lotus,” writer and journalist Lijia Zhang pulls back the curtain, taking readers inside the lives of a group of women working in a brothel in the southern metropolis of Shenzhen. Drawing inspiration from her grandmother, who was sold to a brothel outside the city of Nanjing as a teenager, Ms. Zhang taps years of reporting to draw figures rooted in real life. They include the title character, a former factory girl turned sex worker, and Bing, a photographer who falls for her unwittingly.

The novel takes readers inside the lives of a group of women working in a brothel in Shenzhen.

Ms. Zhang, herself a former factory worker, recently sat down with China Real Time to discuss the lives of China’s sex workers, their thirst for religion and real affection, and the economic forces that push them into the industry. Here are edited excerpts:

You have your personal connection to this topic through your grandmother. How did you find out about her past?

I learned this at my grandmother’s deathbed. It was March 1998. My mother was crying and talking about what a hard life she’d had. She explained that my grandmother had become an orphan at six or seven, and then was adopted by her aunt. Around 13 or 14, she was sold into a brothel. Later I found out the place where she worked was called the Pavilion of Spring Fragrance. It was in Zhenjiang [a prosperous city in eastern China’s Jiangsu province]. She met my grandfather on the job. He was very smitten with her, so he bought her out and installed her as a concubine. It was shocking to hear my grandma was a prostitute and then to think my grandfather—this shaky old man—had visited brothels. Despite everything she’d been through, my grandma was always kind and giving, and content. Ever since then, I’ve been really curious about what her life was like.

How did you go from learning about your grandmother to writing a book about a Buddhist prostitute?

A few months after I learned about my grandma, I went to Shenzhen on a reporting trip. I was working in TV, so I wanted to get a haircut in case I had to go on camera. I was in a hurry, so I just went into the closest hair salon, and inside there were these girls who started giggling. They said, ‘Sorry, we don’t know how to cut hair.’ The girls were wearing very low-cut clothing and there was no hair on the floor. So I chatted with them. Quite a few of them had worked on factory production lines. One of their colleagues got a job working at a “massage” hair salon. The pay was better and the job was much freer. That was the seed, and I thought, “I could write a novel about this,” because prostitution touches on so many really serious issues China is facing today: migration, the urban-rural divide, the growing income gap between men and women, the decline in morality, commercialization.

I spent a lot of time in Shenzhen. I also interviewed a lot of girls in Dongguan and Shenyang. I tried to keep in touch with them, but it was hard. They’d disappear and change their phones. The places where they worked would disappear. I started writing about them, but their stories didn’t jump off the page. I realized I needed to understand the girls more. I went to a conference on sexuality, where I met a girl who runs an NGO for sex workers, educating them about health and how to deal with police. I worked for her as a volunteer … (read more)