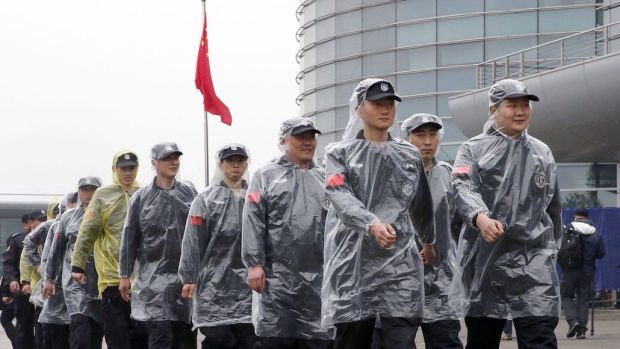 Echo Huang reports: In the name of safeguarding its 1.4 billion people, China has been collecting biometric information from millions of people whom it deems potential threats—among them, Uyghurs, migrant workers, and college students—as part of national DNA database.

China’s Ministry of Public Security, which oversees the database, has amassed information for more than 40 million people—the country says it has the world’s biggest database of DNA information (link in Chinese)—as of 2015, according to a report published by Human Rights Watch (HRW) Monday (May 15). For comparison, in the US, the FBI’s national DNA index has 12.7 million offender profiles.

“Mass DNA collection by the powerful Chinese police absent effective privacy protections or an independent judicial system is a perfect storm for abuses,”said Sophie Richardson, China director at HRW. “China is moving its Orwellian system to the genetic level.”

The rights group warned that local police have enormous discretion in whom to collect this data from, and there’s little in the way of privacy protection or oversight. China’s public security ministry didn’t immediately respond to a request for comment.

Ordinary citizens, who are neither convicted nor under investigation for a crime, can find themselves subjected to requests for blood samples from local authorities, HRW said.

In China’s Muslim-heavy Xinjiang Uyghur Autonomous Region, for example, which has been subject to a number of crackdowns in an effort to wipe out homegrown terrorists, local authorities have been spending millions of dollars for genotyping kits, the report said. Local citizens have been required to submit DNA samples for passport applications since September (link in Chinese). In the same month, the regional police bureau spent 60 million yuan ($8.7 million) (link in Chinese) for testing materials … (read more)