The projectile – believed to be a ballistic missile – was launched from a region near the country’s west coast, South Korea’s military said.

The missile was launched yesterday in defiance of calls to rein in its weapons programme, days after a new leader in its old rival South Korea came to power pledging to engage it in dialogue.

The US Pacific Command said it was assessing the type of weapon used but it was “not consistent with an intercontinental ballistic missile”.

Japanese Defence Minister Tomomi Inada said the missile could be of a new type altogether.

The missile flew 430 miles and reached an altitude of more than 1,245 miles, according to officials in South Korea and Japan, further and higher than an intermediate-range missile North Korea successfully tested in February from the same region of Kusong, northwest of its capital, Pyongyang. 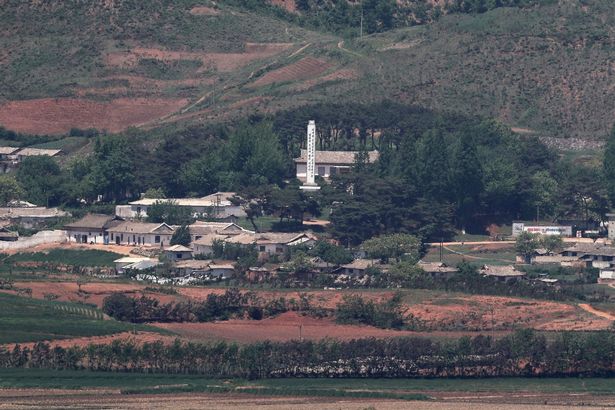 The North Korean border county of Kaepoong is seen from a South Korean observation post in Paju, near the Demilitarized Zone (DMZ) dividing the two Koreas, on May 14 (Photo: AFP)

North Korea is widely believed to be developing an intercontinental missile tipped with a nuclear weapon that is capable of reaching the United States.

An intercontinental ballistic missile is considered to have a range of more than 3,700 miles.

Experts said the altitude the missile reached meant it was launched at a high trajectory, which would limit the lateral distance it travelled.

But if it was fired at a standard trajectory, it would have a range of at least 2,500 miles, experts said. 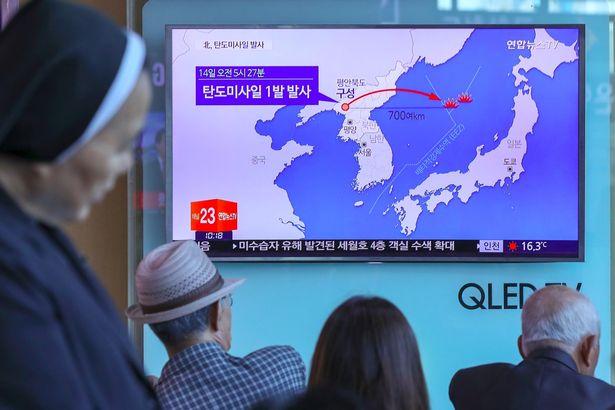 Japan said the missile flew for 30 minutes before dropping into the sea between North Korea’s east coast and Japan.

The North has consistently test-fired missiles in that direction.

“The launch may indeed represent a new missile with a long range,” said Jonathan McDowell of the Harvard Smithsonian Center for Astrophysics. “It is definitely concerning.”

In Washington, the White House said Trump “cannot imagine Russia is pleased” with the test as the missile landed closer to Russia than to Japan.

“With the missile impacting so close to Russian soil – in fact, closer to Russia than to Japan – the President cannot imagine that Russia is pleased,” it said.

The launch served as a call for all nations to implement stronger sanctions against North Korea, it added.

Putin is in Beijing for a conference on a plan for a new Silk Road. Delegations from the United States, South Korea and North Korea are also there … (read more)