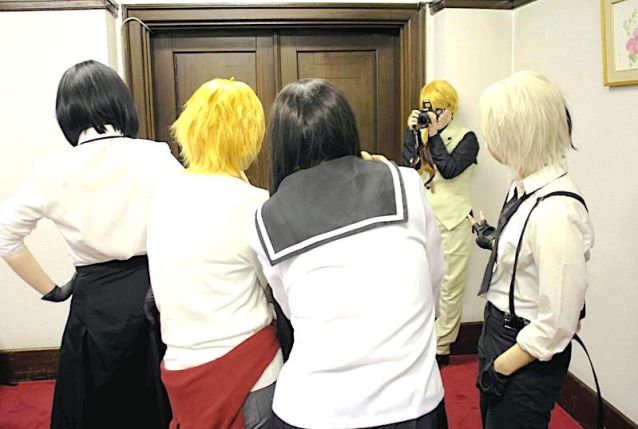 MORIOKA, Japan — Satoshi Sugawara reports: A new type of visitor is turning up at historical buildings in Iwate Prefecture — cosplayers who enjoy taking photos there.

Popular spots include the Iwate Prefecture Public Hall in Morioka, registered by the government as a tangible cultural asset, and Nanshoso villa, which was built during the Meiji era (1868-1912).

Officials managing these structures have been surprised by the latest fad, with one saying it’s a “new way of utilizing cultural assets.” They hope this newfound popularity will help promote the history and appeal of these spots.

Completed in 1927, the public hall is distinctive for its tile-covered exterior. It is said to be a pioneering example of modern concrete architecture.

Last month, a group of six women in their 20s who live in the prefecture held a cosplay photo shoot in a reception room on the second floor. They said they became friends through social media and other means. 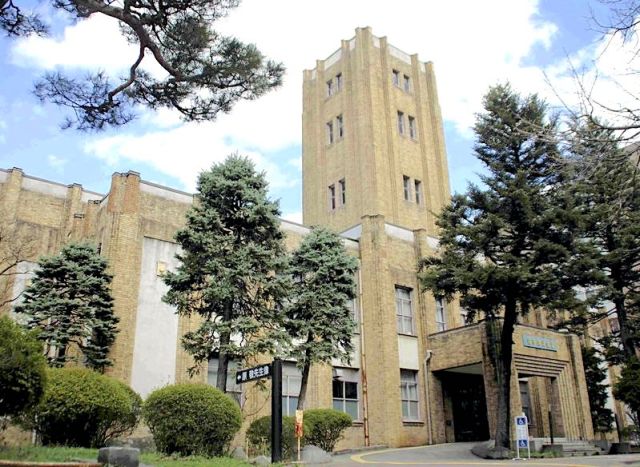 The photo session’s theme was “Bungo Stray Dogs,” a popular manga that features battles among characters modeled after great novelists such as Ranpo Edogawa (1894-1965) and Akiko Yosano (1878-1942).

They completely transformed themselves into the characters, wearing blonde wigs and colorful costumes. They enjoyed the photo shoot, striking poses against doorframes with stately touches against a flaming red carpet.

“Cosplay lets us express our passion for [manga or anime] works while getting a taste of something you don’t get in everyday life,” said a 26-year-old company employee from Morioka who participated in the event.

“The hall’s retro atmosphere has a distinguished touch that perfectly matches the manga’s concept,” she added … (read more)