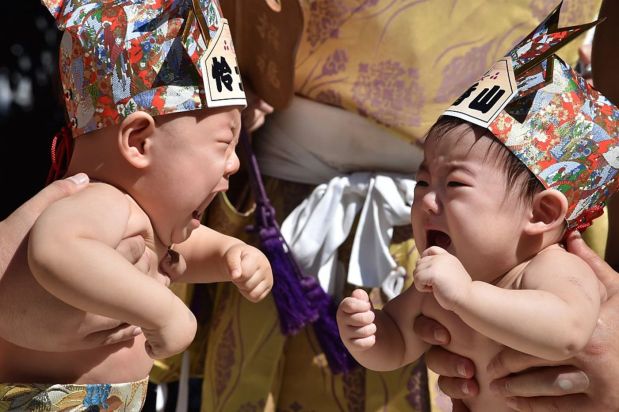 A demographic crisis is looming, and tweaks to the country’s immigration system don’t go far enough.

Japan’s Prime Minister Shinzo Abe has been trying hard to combat his nation’s alarming demographic decline: promoting robots and other productivity-enhancing technology, bringing more women into the workforce, even opening the door a bit wider to foreigners. It’s plain, however, that he needs to try harder still, especially when it comes to immigration.

Japanese companies already report they can’t find people to hire, and the future isn’t likely to get better — government researchers expect the country’s population to fall by nearly a third by 2065, at which point nearly 40 percent will be senior citizens. There’ll be 1.3 workers for every person over the age of 65, compared to 2.3 in 2015.

Abe’s policies have nudged birth rates higher, but the long-run fertility rate of 1.44 births per woman is still well below the replacement rate. Researchers say that to maintain the current population, Japan would have to let in more than half a million immigrants a year. (It took in 72,000 in 2015.) In a society as insular and homogeneous as Japan, any such increase would be a very tall order.

This isn’t to say nothing can be done. Abe, despite recent scandals, remains the most powerful Japanese leader in years. He has few rivals within or outside the ruling Liberal Democratic Party, and he’s shown he can be bold when the stakes are sufficiently high … (read more)