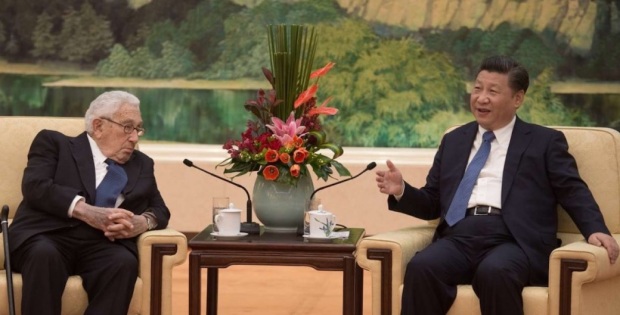 Ting Yan reports: China’s state-controlled media said on World Reading Day that the country’s President Xi Jinping is an enthusiastic reader of literature and philosophy and Chinese citizens should learn from him.

“Xi Jinping … has always regarded reading as a life attitude, a duty of work and a spiritual pursuit,” the state-run Xinhua news agency said in an editorial.

Xinhua quoted Xi’s comment in 2013 that “I have many hobbies and the biggest one is reading books. Reading is part of my lifestyle.”

The efforts to paint Xi as a learned scholar and a lifestyle model come as the president is demanding absolute loyalty from the army and the Communist Party ahead of a key power reshuffle at a party congress due to be held this autumn.

Remarks by Xi are dispatched to local cadres and army officers “to study” and one book of Xi’s earlier speeches, The Governance of China, has been translated into dozens of languages. The book was seen on the desk of Mark Zuckerberg, Facebook’s founder, in a photograph published by Chinese state media two years ago.

Xi’s formal education was interrupted during the Cultural Revolution when he was in first years of middle school, but he was enrolled into Tsinghua University in Beijing in 1975. He later obtained a doctoral degree from Tsinghua in 2002 when he was a provincial governor.

Xinhua tried to burnish Xi’s reading credentials in its article this week, saying that while he was working in the countryside in Shaanxi province as a teenager, he once walked 15 km in the mountains to borrow a copy of Faust, a play by the German writer Goethe.

Here are some of the books Xi has referred to in public:

Xi has widely read Confucius’ works including Great Learning, Doctrine of the Mean and the Analects.

He has also studied the writings of the philosopher Mencius and other classics such as the Spring and Autumn Annals and Sun Tzu’s Art of War. Most of the books were written more than 2,000 years ago and require knowledge of ancient Chinese language to read.

Xi has also referred to books aimed at giving advice to the emperors on how to rule. These include the Emperor’s Norms, by Li Shimin and the Comprehensive Mirror in Aid of Governance by Sima Guang.

Xi has read a lot of Chinese history, such as Records of the Grand Historian by Sima Qian, Book of Han, Old Book of Tang, New Book of Tang, and the New History of the Five Dynasties.

Meanwhile, Xi has read ancient poetry and novels, including The Literary Mind and the Carving of Dragons, a book on Chinese literary aesthetics, the Source of Ancient Poems, and the Dream of the Red Chamber by Cao Xueqin, one of the four classic novels of ancient China.

The Old Man and the Sea by Ernest Hemingway.

One-Dimensional Man: Studies in the Ideology of Advanced Industrial Society by Herbert Marcuse.

The Origin and Goal of History by Karl Jaspers.