Military tensions are heightening between the United States and North Korea. The Japanese government must take all possible measures to prepare for any contingency.

The USS Carl Vinson nuclear-powered aircraft carrier is heading northward to waters near the Korean Peninsula. Two missile-carrying destroyers departing from the U.S. west coast are said to be joining it. U.S. President Donald Trump referred also to the dispatch of submarines.

Trump wrote on Twitter: “If China decides to help, that would be great. If not, we will solve the problem without them.”

The United States is ramping up pressure on North Korea without ruling out the option to take unilateral military action. It is understandable that the United States is trying to deter North Korea’s nuclear tests and other provocative actions by force while calling on China to be proactively engaged, including in imposing strict sanctions, to solve the North Korean problem.

The government needs to confront the situation on the Korean Peninsula with a sense of urgency.

Tokyo requested that Washington consult Japan before taking any military action. Washington will reportedly comply with the request for such prior consultation.

If North Korea is attacked, the possibility is not small that the North will take retaliatory actions such as firing ballistic missiles toward Japan. The most capable interception system must be prepared within a short amount of time.

It is also imperative to increase vigilance against domestic terrorist attacks plotted by North Korean agents, which could target nuclear power plants and other facilities. 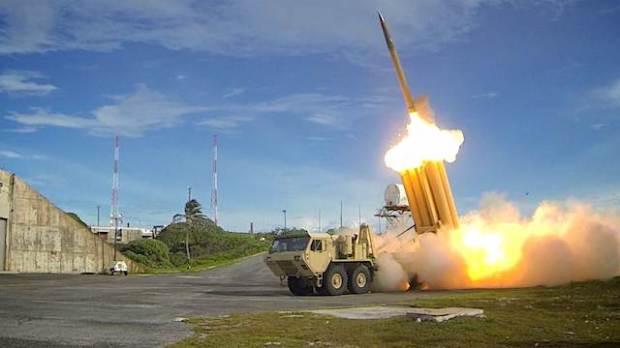 To prepare for these various situations adequately, it is essential that the governments of Japan and the United States, as well as the Self-Defense Forces and the U.S. military, closely share information and repeatedly consult with one another.

The enforcement of the security-related laws has made it possible for the SDF to provide logistical support to the United States — including supplying ammunition and refueling — as well as to protect U.S. warships through the exercise of the right of collective self-defense. The relationship of trust between Tokyo and Washington has heightened, paving the way for joint actions to be taken in times of emergency … (read more)