Zheng Jiajia had grown tired of pressure to get married so he turned to Yingying, a robot spouse he constructed last year.

Benjamin Haas writes: A Chinese artificial intelligence engineer has given up on the search for love and “married” a robot he built himself.

Zheng had also become tired of the constant nagging from his family and pressure to get married, so he turned to a robot he built late last year and named Yingying.

After two months of “dating”, he donned a black suit to “marry” her at a ceremony attended by his mother and friends at the weekend in the eastern city of Hangzhou.

While not officially recognised by the authorities, the union had all the trappings of a typical Chinese wedding, with Yingying’s head covered with a red cloth in accordance with local tradition. 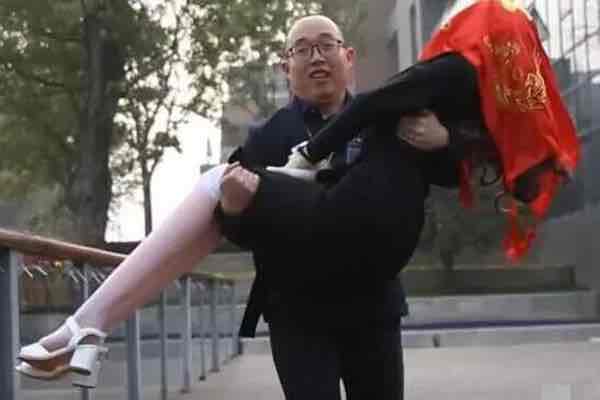 China has one of the worst gender gaps in the world, mainly due to sex-selective abortions after the introduction of the country’s widely criticised one-child policy, which for decades controlled how many children each family could have.

There are 113.5 men for every 100 women in China, according to the latest figures published by the World Economic Forum. The gender imbalance, coupled with changing attitudes towards marriage among the country’s middle class, means many men will never find wives.

For now Yingying can only read some Chinese characters and images and speak a few simple words, but Zheng plans to upgrade his “bride” to be able to walk and do household chores. Until then he has to carry the 30kg robot to move her.

Reaction in China to the union has been mixed … (read more)