Professor of Film History Reflects on the Film Critic Who Changed His Life.

Jeffrey Overstreet writes:  In 1975, Roger Ebert was the first film critic to win the Pulitzer Prize for Criticism.

“We started up an email friendship,” says Todd Rendleman, who teaches film history and aesthetics at Seattle Pacific University.

He’s talking about his new book Rule of Thumb: Ebert at the Movies, and how the book’s subject — legendary film critic Roger Ebert — came to write the foreward.

“He knew that my book was in the works,” says Rendleman, “but he didn’t read the book prior to writing the foreword. We decided at an early point that it would be best for him to be as objective as possible, so that he wasn’t actually responding to content in the book. The book is a critical analysis of his writing. Some things are quite complimentary and others are more critical. He was pleased about that. … He decided to write a foreword about what it was like to have a book written about himself at this point in his career.” 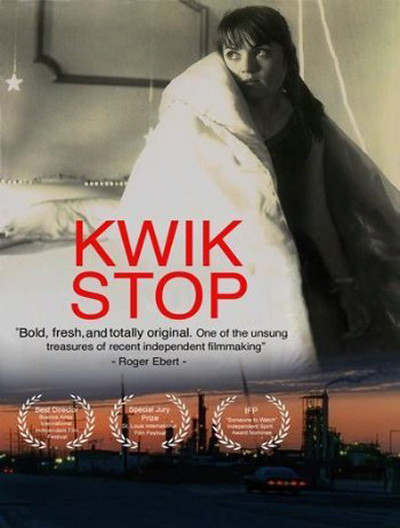 [More – A Personal Remembrance of Roger Ebert, A Critic Who Took Movies Personally]

Rendleman, professor of communication at SPU, is speaking about Ebert the way he speaks about everything related to movies — passionately. In that, he demonstrates just how much he has in common with his mentor and inspiration. He requires no prompting at all to share his experiences and enthusiasm for Roger Ebert’s work.

In honor of the career of Roger Ebert — who died of cancer on April 4, 2013 — here are some excerpts from a Response interview with Rendleman that took place June 2012, in a crowded Starbucks on Queen Anne Hill, soon after Rule of Thumb was published.

How did Ebert’s criticism change your life?

How did you discover him?

It started with television — “Sneak Previews,” with Roger Ebert and Gene Siskel in the mid- and late ’70s.

I didn’t read Ebert at that time. My father’s newspaper was not a Chicago paper, it was the St. Louis Globe-Democrat, and later the St. Louis Post Dispatch. So I read St. Louis critics like Harper Barnes and Joe Pollock. They were really good writers and I enjoyed them a great deal.

I didn’t start reading Ebert until 1985, which is when he published his first collection of reviews. I was in the eighth grade, just going into high school, at that point, and that was right when our family got our first VCR. That just opened up a whole world to me.

How then did you start reading his work?

I had to be creative about it. We didn’t get Chicago papers, and there wasn’t an Internet then. When I was in high school, I was asked to represent my school at the Illinois Boys State convention in Charleston, Illinois … which was an honor. But I was most excited because I knew that Ebert, when he was in high school, had been chosen to go to that same convention. I knew Ebert had gone, and I knew Tom Brokaw had gone, and he’d grown up in Indiana. I admired those men, so I thought, “OK, I’ll do this.”

The convention was held on the campus of Eastern Illinois University and it was a good time. But I also remember being lonely. I remember going to the university library and I was eager to read the Chicago Sun-Times. And they had back issues, so I kept reading and reading Ebert. And that’s what Ebert was to me: a great writer, and someone to argue with about the movies.

Whenever I could, I’d seek out his [newspaper] writing. Avidly.

But the real gift was that annual collection, where I could read everything that he thought about the movies of that year. And it even included many movies from previous years as well. My parents would buy that for me as a Christmas gift every year throughout high school.

Your book, Rule of Thumb, is a very personal tribute to Ebert. I love how it begins. Why did you choose that particular story?

The book opens with a memory that people seem to be tickled by. I was in high school. My parents drove me three-and-a-half hours north to Champaign, Illinois, where Ebert grew up, and where my brother was a junior at the University of Illinois.

Those were fun trips because my dad would buy me Friday’s edition of the Chicago Sun-Times, but he would also buy me the thick Sunday edition. The Sunday paper would have interviews that Ebert did with an actor, and it would also have these capsule reviews. That was great fun for me —I could go and catch up with all these blips, these two-sentence summaries of what Ebert thought of a ton of movies.

On that particular weekend, we were on a mission because Barbet Schroeder’s Barflyhad come to theaters, and I really loved Faye Dunaway and Mickey Rourke. Ebert was off his nut about this film. He was so excited about this movie, and was already describing it in ways that you knew it would be on his top 10 for the year. I wanted to see this quite badly. It was playing at the New Art Theater in Champaign, IL, which, of course, my brother – who’s big sports fan – had never been to in three years of going to school there.

It was an off-the-beaten-path theater. I begged my parents to go to the 9 p.m. showing. They reluctantly agreed to go.

I’ll let people read more about it in the book, because I go into detail about what that experience was like. That was just one experience of how Ebert’s enthusiasm fanned my own into flame. Ebert got my entire family to go see a movie that we didn’t have access to in our small town. None of us would have seen Barfly in a theater if those dominos hadn’t fallen.

Do you have a favorite Roger Ebert review?

One review of Mr. Ebert’s that I really treasure is his consideration of The Last Picture Show, which I was not old enough to have read or have seen when it was first published and the movie was in theaters in 1971. I read his review in the 1980s. Ebert was really high on that film, and at the end of the review, he said that watching this film helped him finally understand what Pauline Kael and the rest of us “lost” at the movies. And I didn’t know who Pauline Kael was, and that review introduced me to her, because I thought, “Well, who’s this? If he’s quoting her, I need to find out who she is.” 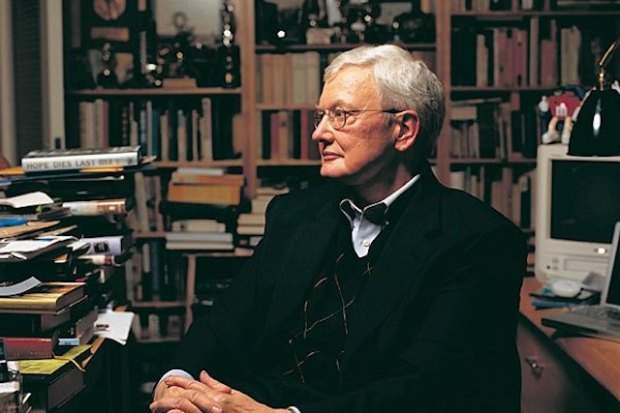 We weren’t people who subscribed to The New Yorker, but I started reading Kael’s criticism, and that opened up a whole other lifeline. Then I learned that she anthologized her writings also. (I Lost It At the Movies was the ambiguous title of her own compilation of criticism.)

I think it says a lot about Mr. Ebert. When he quotes another critic, he will do it more often than not in a respectful way. His paying homage to her opened up her writings to me. I’m very grateful for that.

Do you remember a time when you strongly disagreed with him?

One movie I disagreed with him about was Splash, Ron Howard’s film, which I thought was cheerful and delightfully romantic and just great fun. Tom Hanks played a young man who falls in love with a mermaid, played by Daryl Hannah.

I grew up watching SCTV and John Candy and Eugene Levy were also in that film. I really enjoyed the comedic talent that went into making that movie. Ebert was very negative toward it. He gave it a star and a half! I liked Tom Hanks a lot. He was one of the reasons I was excited to go to the movies growing up.

If you read Ebert’s review, this was a case where his own personal feelings leak a little bit. One of his complaints was, “Wouldn’t it have been great if the mermaid had fallen in love with this overweight loser with lust in his heart, and his more traditionally handsome friend had to cope with that?” I argue that there was a type of self-defense going on there. I think Ebert was projecting himself onto John Candy.

What’s something you learned from Ebert that helped you appreciate what you were seeing?

Ebert coined “Ebert’s Law” many years ago. I was introduced to that at a young age, and I’m glad that I was. Ebert’s Law says that “A movie isn’t about what it is about — it is about how it is what it’s about…. (read more)