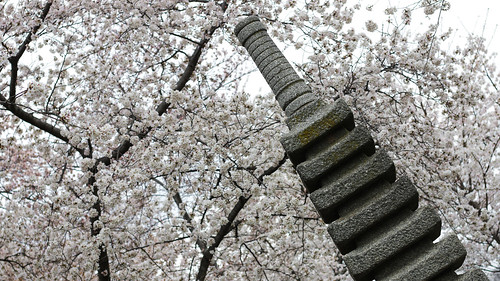 In Japanese 花 (hana) means “flower,” and 見 (mi), means “to view.” Together, ‘hanami’ literally means “to view flowers.” This Japanese custom of viewing cherry blossom 桜 (zakura) in particular has spread across the world and it is especially popular in Washington DC’s, whose cherry trees were first planted in 1912 when they were given to the USA by the Emperor of Japan.

The spirituality behind hanami is very interesting to me. According to the Japanese author Haruki Murakami, the cherry blossom, which lasts only a fortnight or so, express the fact that nothing is permanent; that everything changes and comes to an end. They are a symbol of the contingency of being and the finitude of creatures, a memento mori. Hence, hanami, is (at its best) a contemplative exercise. As such it befits the Lenten season for we heard on Ash Wednesday: “remember that you are dust and to dust you shall return”.