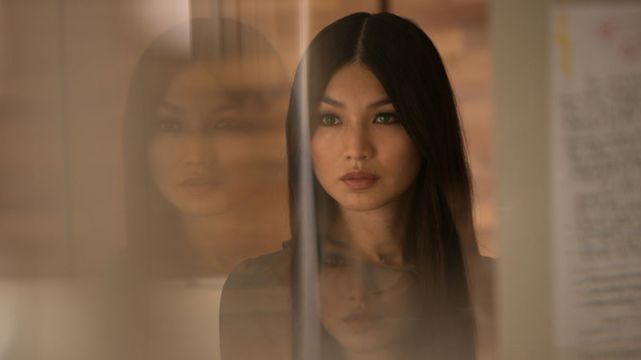 Humans tells the tale of what happens if Apple made robots, while Westworld is more interested in sentience itself—what makes a brain, a soul, a consciousness—the age-old scifi question that wonders at what point do we consider something aware of itself.

Alex Cranz writes: Humans, AMC’s scifi drama about a world where robots are as ubiquitous as smart phones, ends its second season tonight. Much like in Westworld, the artificial lives born in Humans have been slaves to humanity’s whims, and just like in the finale of Westworld, a rebellion has formed. But Humans has had much better success with exploring precisely what an advance in artificial sentience would look like to the world at large—and in the process it’s done an arguably better job of showing just how predictably callous and afraid humans are when dealing with a group they have deemed “inferior.”

Although Humans’ first season aired before Westworld premiered on HBO, the immense popularity of the latter meant that Humans’ second season has lived in Westworld’s shadow, to a degree. The two shows demand comparison, and serve as wonderful counterparts—because despite Westworld’s omnipresence in pop culture last year, Humans has quietly turned in a thoughtful, phenomenal season that stands on its own.

To get to the point: in both Westworld and Humans, robots are completely subjugated by the living. In Westworld, robots are slaves. They exist, ultimately, for the pleasure of humanity—they’re fucktoys and cannon fodder for the very wealthy people playing very wealthy games of God. The robots are ants, too inconsequential to care about. The gap between human and robot is made more vast by the humans’ wealth, and their home in the cloud far above the world of robots, even as the humans strive to make the robots more and more realistic.

But on Humans, synths—as they’re called on the show—have served as slaves from the beginning, but there’s a difference. Synths are seen as tools, and are given as much compassion and understanding as you would give your smart phone. There are a few humans that feel some discomfort over having human-like appliances in their home, but on the whole, humanity, in every economic bracket, has accepted synths as inferior and incapable of being more. The sense of inferiority is intentionally compounded by the show’s decision to have actors portraying synth movement with a specific refinement and kind of robotic-ness. So even when you’re watching just two synths interact, no human in sight, there is this nagging feeling of unease, a reminder of their otherness. … (read more)