Greg Evans reports: After two days of teasing, the official Justice League trailer is here. “We have to be ready,” says a voice that sounds very much like Batman: “You, me and the others. There’s an attack coming, from far away.”

Ben Affleck’s Bruce Wayne kicks off the action here, riding horseback along a snowy plain, on a mission to gather the rest of the superhero gang. So we then witness a gathering of the tribe – with a metal-sounding rendition of The Beatles’ “Come Together” cranking up the tension – as Batman and Wonder Woman track down The Flash, Cyborg and Aquaman to battle the slinky, orange-eyed, black-metal-looking “Others” that we see here in a blink-and-you’ll-miss-it moment. 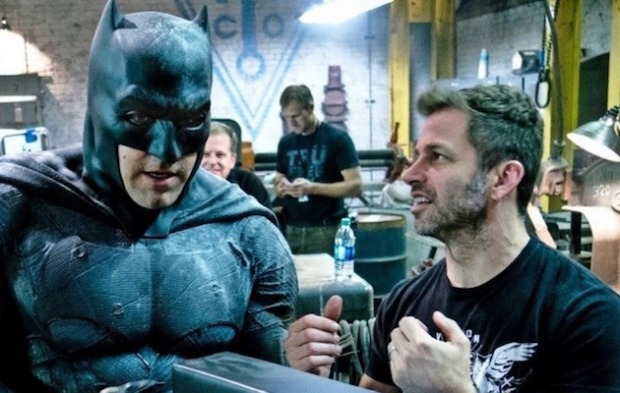 But no fast-looking will turn up the superhero still missing in action: Henry Cavill’s Superman. Warner Brothers teased this official trailer for two days, releasing 15-second clips of each hero, with D.C. Comics superstar Superman blatantly left off the roster. And he’s a no-show in this full-size trailer as well.

Of course, the Man of Steel’s fate was left hanging with Batman v Superman: Dawn of Justice‘s dead or alive cliffhanger, but few think Cavill won’t fly into the League at some point. When we see him, well, that’s up to Warner Brothers.

Zack Snyder’s Justice League is set for a November 17 release. In addition to Affleck, Gadot and Cavill. … (read more)