Two thousand miles away from the U.S. A-bomb tests in 1945, something weird was happening to Kodak’s film.

More than 1,900 miles away from Alamogordo, at the Rochester, NY headquarters of Eastman Kodak, a flood of complaints came in from business customers who had recently purchased sensitive X-ray film from the company. Black exposed spots on the film, or “fogging,” had rendered it unusable. This perplexed many Kodak scientists, who had gone to great lengths to prevent contaminations like this.

Julian H. Webb, a physicist in Kodak’s research department, took it upon himself to dig deeper and test the destroyed film. What he uncovered was shocking. The fogging of Kodak’s film and the Trinity test in New Mexico were eerily connected, revealing some chilling secrets about the nuclear age.

It all started when Kodak had a problem with its packaging. Even today, X-ray film is highly sensitive (much more so than regular photographic film) and subject to ruin due to dirt, scratches and even minimal light exposure. Proper packaging and protection is essential to make sure the film gets from manufacturing to shipping to the customer’s place of business safely.

According to an article Webb would write in 1949 for the American Physical Society, the paper and cardboard used for packaging in the ’40s were often salvaged from wartime manufacturing plants where radium-based instruments were also produced. Radium is a naturally occurring radioactive elementthat can cause flecks of spots or fogging when “in intimate contact with (sensitive film) for a period several weeks.” During wartime, Kodak took precautions to avoid radium contamination. It moved packaging manufacturing to mills where Kodak had full control over the raw materials. 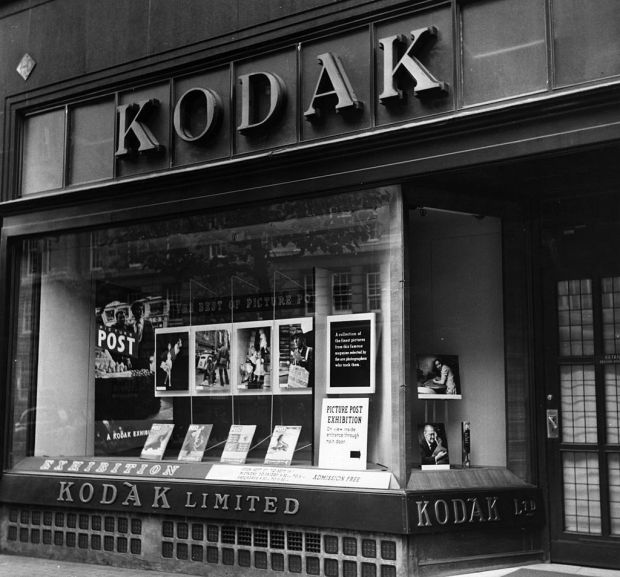 One of these mills was located along the Wabash River in Vincennes, Indiana; it specialized in producing strawboard, used as a stiffener board between sheets of film. When Webb investigated the mysterious fogging in 1945, he found that it originated not from the X-ray film itself but the packaging, which he tracked to this particular mill, and specifically, the production run of strawboard from August 6, 1945. 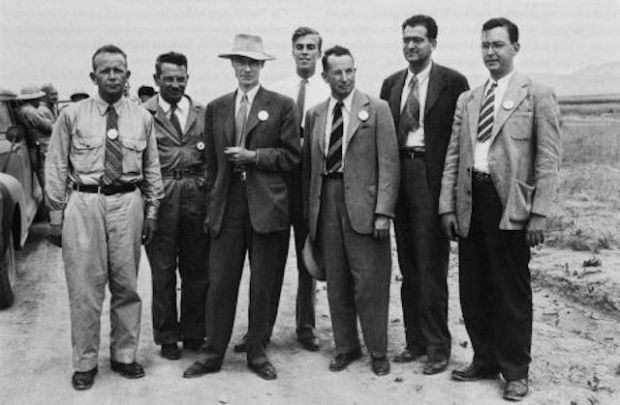 In January 1942, less than four years after Berlin chemists first split the uranium atom, the United States government secretly launched the Manhattan Project. Spurred by a letter from Albert Einstein saying that the Germans were pursuing the bomb, President Franklin Roosevelt approved federal funding for uranium research in 1939. Later that year, reports indicated it was possible to create an “extremely powerful bomb” from enriched uranium (later plutonium was discovered to have similar destructive properties). Eminent scientist Vannevar Bush hastily compiled a list of resources, including materials, equipment, money, and scientists, needed to make the bomb a physical reality. A month after Pearl Harbor pushed the U.S. into the war, FDR approves Bush’s list with one simple handwritten note, “V.B. OK-returned-I think you had best keep this in your own safe FDR.” Three days after Christmas in 1942, the “Manhattan Project” was officially authorized.

By 1945, the United States had a plutonium-based atomic bomb ready for testing. Called “Gadget,” the experiment was set for the Trinity test site, so named by Manhattan Project leader Robert J. Oppenheimer in homage to the work of English poet John Donne. At 5:30 a.m. on a hot desert morning, the atomic age began. The bomb exploded and released 18.6 kilotons of unimaginable power. In a nanosecond, an orange fireball reached the heavens, followed by a column that quickly flattened into now-iconic image of the mushroom cloud. The test was a tremendous success—at least in the eyes of those hoping to use it as a weapon. It far exceeded expectations in terms of power as the blast released as much as three times more force than anticipated. It was reported that the fireball could be seen as far as 250 miles away. Soon, Julian Webb would discover the impact was felt much further. … (read more)