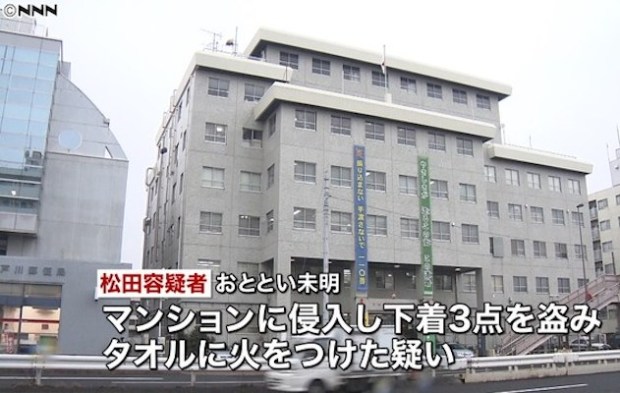 At around 1:20 a.m. on Sunday, Tetsuharu Matsuda, a construction worker who handles scaffolding, allegedly climbed over a wall onto the balcony of the residence and stole three items of women’s underwear hanging out to dry. He also set a towel on fire with a lighter.

The suspect has been charged with causing property damage and theft. … (read more)

via The Tokyo Reporter