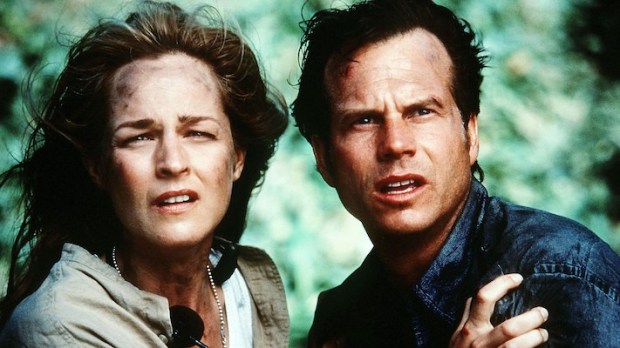 Storm chasers from around the globe paid tribute to “Twister” star Bill Paxton on Sunday after news broke that the actor had died following complications from heart surgery. He was 61.

Using their Spotter Network markers, hundreds of storm chasers and weather fanatics lined up to Paxton’s initials across the infamous ‘tornado alley’ in Kansas and Oklahoma in a heartfelt ode to the late actor.

Paxton starred in the 1996 disaster classic “Twister” in which he and Helen Hunt lead a team of lovable scientists on a dangerous mission to gather more information about the deadly cyclones. The movie went on to gross $241 million worldwide and became the second-highest-grossing movie of 1996 behind “Independence Day.”

Paxton went on to make the IMAX documentary “Tornado Alley” and often spoke about his fascination with the weather phenomena having grown up in nearby Texas.

It just keeps getting better! Hundreds of storm chasers honoring Bill Paxton in KS and OK. Each dot is one person’s GPS. #RIPBillPaxton pic.twitter.com/z14XQ9msPR