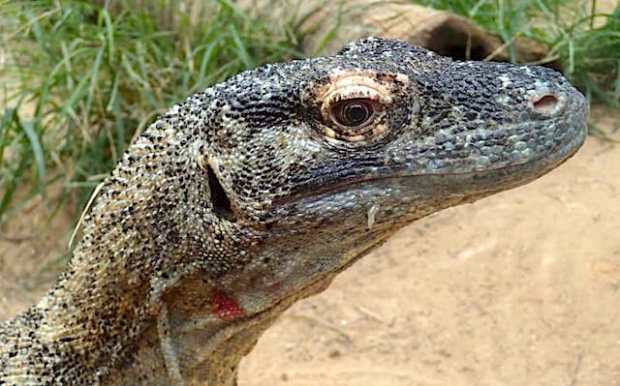 Not only is the Komodo dragon’s mouth full of razor-sharp teeth, but it contains bacteria that eventually poison any prey that gets away(Credit: Kent Vliet)

Michael Franco reports: Downing a vial of Komodo dragon blood to fight a bacterial infection might sound like something prescribed by a meister on Game of Thrones, but new research shows that the substance might have very real applications in our world. By analyzing the creature’s blood, scientists reporting in the Journal of Proteome Research say they’ve isolated 48 compounds that could help fight bacteria, including those resistant to traditional antibiotics.

Found on certain islands in Indonesia, Komodo dragons are the heaviest lizards on Earth, reaching lengths of up to 10 ft (3 m) and weights over 300 lb (136 kg). They are also fierce predators. Not only does the beast have sharp claws and shark-like teeth, its saliva is a toxic brew of over 50 strains of bacteria which infects wounds on its prey, causing the hapless creatures to eventually die of blood poisoning if the dragon doesn’t finish the job during the first attack.

Because Komodo dragons can harbor all of this bacteria without succumbing to it themselves, it caught the attention of researchers from the College of Science at George Mason University (GMU) in Virginia. Building on previous work they’d done with alligators, the team identified 48 substances known as cationic antimicrobial peptides (CAMPs) in the lizards’ blood, which are small chains of amino acids found in the immune systems of nearly all living creatures that can fight bacteria.

To spot the CAMPs specific to the dragons, a feat they say would have been impossible using normal CAMP identification processes, they employed a process called bioprospecting. First, they incubated the Komodo dragon blood with negatively charged hydrogel particles. Then, because the CAMPs are positively charged, the hydrogel particles attached to them, making them identifiable with mass spectrometry.

Of the substances identified, eight were synthesized by the team…. (read more)